Abraham: “Mourinho told me to be a monster.” 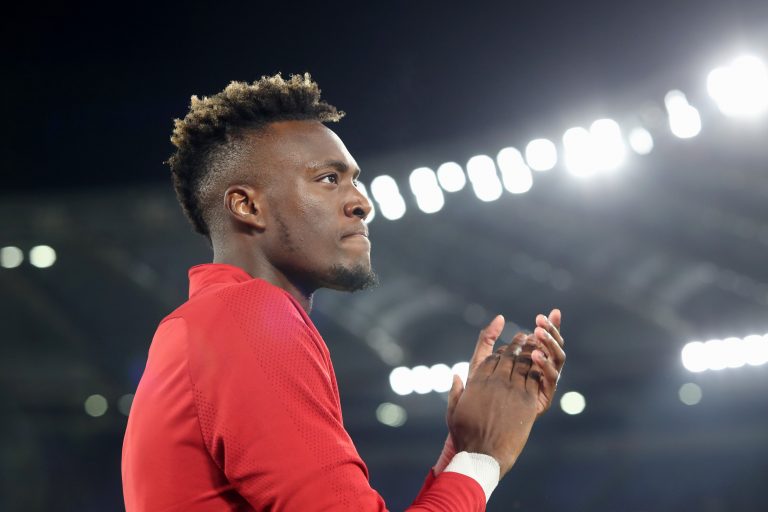 Roma attacker Tammy Abraham – currently away on international duty with Gareth Southgate’s England squad – released an interview to The Telegraph, where he spoke about his experience at Roma so far and working with Jose Mourinho.

On what Mourinho told him after joining the capital club:

“I think one of the things he said was I was too much of a nice player and that you have to show that aggressiveness as you’re getting older as a striker. It’s not always about being nice on the pitch.”

“You need that character, you need that presence to frighten defenders and I think that’s something I’m learning and getting better at.”

On his decision to move abroad:

“At first that was at the back of my mind,” said Abraham. “Do I really want to leave the Premier League? It’s the best league and where everyone wants to play. You always have doubts in your mind.”

“But I think going to Serie A and a team like Roma, which is a massive club, I don’t think people will really forget you as long as you are doing your thing, scoring and playing well. That makes a noise in itself.”

“I just have to keep doing the right things really and as you can see Gareth Southgate keeps an eye on players playing abroad as well.”

“It’s always tough, moving and going to experience a different country and different culture,” he said.

“I felt the sooner I settled in the better and started learning different types of football and different styles. I’ve gone to spread my wings and hopefully I can keep up the level of performances I need to stay in the team.”

“Of course [the World Cup] was in the back of my mind but really I just wanted to play football. For me, it’s still a young career and I just felt I needed to go out and play some games to improve and hit the highest levels and hopefully I can keep striving on.”

On the type of football he encountered in the Serie A:

“One thing I didn’t expect was it to be so tough. Players are very smart and defending is very important in the Italian style of play,” he said.

“It’s part of the learning curve and you see the likes of Lukaku et cetera who have gone abroad and come back to England and for me it’s about developing myself.”