Ag. Felix: “I believe he will grow a lot under Mourinho.” 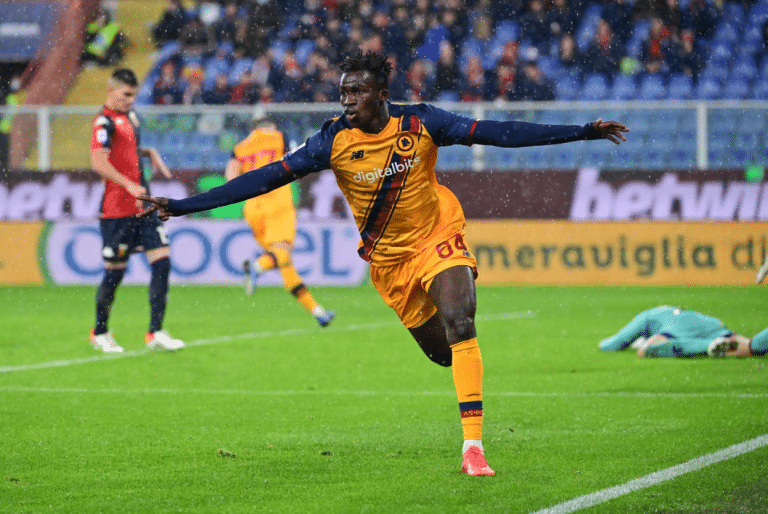 The 18 year-old has been cast into the spotlight after scoring a brace and securing a win for the Giallorossi against Genoa on Sunday.

“Everything between Felix and I happened in 2019,” he revealed to Teleradiostereo.

“My top scout, Gideon Attoh, discovered several players at a school called Inter-School in Sunyani. Felix joined EurAfrica FC then we brought him to Italy.”

“Our first contact was with Morgan De Sanctis, who set Felix up with a trial at Trigoria. The club watched him and showed interest, but they didn’t make a move right away.”

He continued, “A few days later I took him to another trial, but with Ssassuolo. They were interested and wanted to do a deal right away, but their offer was below EurAfrica’s asking price.”

“Then Roma came back in and we closed the deal. For me, Mourinho is a top manager and a great motivator. His energy allows for players to improve because he brings the best out in players.”

“Given Mourinho’s experience, I think Felix will grow a lot in Rome.”

Finally, Arthur gave his verdict on the controversy that emerged yesterday following a video involving Felix, Mourinho, and Vito Scala, a staff member at the club.

The former United boss fulfilled his promise to Felix and purchased a new, expensive pair of boots for him.

As the youngster went to unwrap the gift bag, Scala can be heard saying, “There’s banana’s in there, Felix.” The comment led to accusations of racism, however, Felix moved quickly to dispel them.

“I want to assure everyone I wasn’t offended by the comment and I truly believe there wasn’t racist intent,” he wrote on social media.

“Since day one I’ve been treated great by the club like a member of the family. We kid around and it’s become a joke about how many bananas I eat. They see me eating them all the time.”

“I’m at home here and I don’t like knowing that people got the wrong idea.”

Arthur echoed his client’s words and rejected the idea that Scala’s words were racist.

“I don’t think this issue is worth debating again,” he stated. “Felix didn’t have any problem with it so there’s no need to make an issue out of it.”