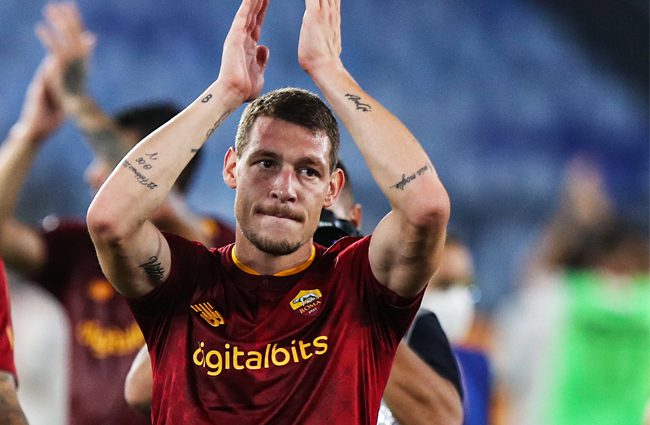 The 28-year-old attacker discussed his decision to join Roma as well as his determination to wait until a week before the transfer deadline, rejecting all other offers.

“Last year I had a turbulent season, I had some unfortunate injuries. Most were accidental and kept me out a little more than expected.”

“It’s never easy when you can’t find consistency health-wise, and last year was full of ups and downs. I played less than I’m used to.”

With regards to the transfer window, Belotti remarked, “It started later than usual, there were players who remained free for a long time.”

“My priority was to come to Roma. Here I have an important project and a club with great ambition and it was exactly what I needed. During my time as a free agent I was not looking for a hefty contract, but a project that felt right to me.”

Belotti detailed the way negotiations unfolded over the summer, “In July there was a first contact with Tiago Pinto, but the deal could not move forward because Roma had too many strikers.”

“Last week Pinto called me to ask for 72 hours of time and I gave him full availability. Roma was my priority even though there had been nothing at the beginning. Then in 2-3 days everything was done and it was all very fast.”

“I never doubted this decision. I know there is a strong player like Abraham here, but it’s a further reason to improve myself. Everyone is very good in this team.”

“Competition is an opportunity to grow and improve. Abraham is a striker of great level and this stimulates me to do more and more in every training session. Paulo [Dybala] and I found each other, it was nice. The first words were about the journey we undertook years ago.”

“We left Palermo together to go to Turin, but in two different teams, and now we have found ourselves. In Palermo we were kids, now we meet again as mature players.”

“Physically I feel fine, but it will certainly take some time to get back to my top form. I have to refine the team mechanisms, understand what the coach is asking for, but I am available. I just have to work, work and work.”

When asked about what the team can aim for in terms of objectives Belotti replied, “I think the goal for Roma is to win game by game, that must be the main thing.”

“We are Roma and from the first day I felt the desire to win, even in training. It is a message that must always be passed along: Roma can win every game. You must never set limits. Take home the three points game by game.”

Finally, the Italian forward was asked about his first game at the Olimpico on Tuesday night. “It was magical. It was nice to experience everything that happened, the teammates came in for the warm-up and I felt the fans looking for me. I felt the affection of the fans.”

“I went in, looked up and saw all those people. It’s one thing to hear about it, it’s one thing to live it. The anthem, the atmosphere, it was all great. It was like living a dream, too bad I didn’t score but it was still beautiful.”