Carles Pérez: “The fact I’m at Roma is thanks to the faith Fonseca has shown me”. 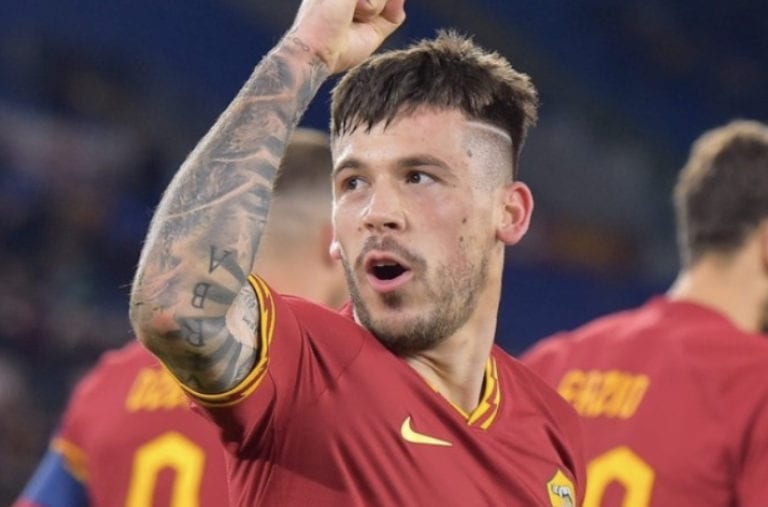 Roma attacker Carles Pérez gave an extensive interview to the Giallorossi’s official website and discussed wide-ranging topics, including his January move to the club.

Who have been the most important people for your development and your career in general?
The support of my family has definitely played a key role throughout my development. They’ve always supported me and given me confidence.

And what’s the best piece of advice you’ve ever received?
In terms of my career, the best advice has come from the experienced, established players I’ve played with. One that has stayed with me came from Xavi, who told me that – in football – everything depends on you. Nobody gives you anything for free – you have to reach each milestone on the back of your own efforts. Leo Messi also helped me and lots of other young players, but those words from Xavi are the ones that had the biggest impact on me.

What was it like training with the Barcelona first team for the first time?
Well, I remember that I was really nervous, even though the session was taking place the day after a game, so the starting line-up was doing recovery work while we trained with those not involved in the match. Despite that, there was a lot of pressure – the coach, Ernesto Valverde, was watching and there was Leo Messi and other wonderful players on the sidelines watching the game. It was like you were constantly under the microscope.

During your time in the Barcelona academy, you took on Roma in the UEFA Youth League in the 2015-16 season. What are your memories of that clash?
It was a twist of fate. When I joined Roma they showed me photos from those games. It was in the group stage and we drew 0-0 at Trigoria and 3-3 in Barcelona. I played in both games – Roma had a brilliant team.

What do you remember of your first-team debut for Barcelona?
My first game was on the last day of the 2018-19 season, away at Eibar. I came on in the 70th minute. That said, I think of my real debut as being on the second day of this season in a Barcelona v Real Betis game at the Camp Nou. I started the match, we won the game 5-2 and I scored to make it 3-1. It was an unforgettable moment.

What memories do you have of your Champions League debut, when you scored away at Inter?
It was great. I scored in a legendary stadium like San Siro, against a top team which I remember watching on TV with my dad when I was a kid. I remember telling him that I wanted to play lots of matches at that level, so it was a dream come true.

You joined Roma in January. What have you made of the experience so far?
I have good memories of the first few months, up to the suspension of the league due to coronavirus. As I’ve always said, I’m really pleased to be here and happy with the support I’ve received from the coaching staff, my team-mates and everyone who works at Roma. Their support has given me a lot of confidence. It’s a shame we haven’t been able to play for so long, but we’re ready to get going again.

How are you getting on with Paulo Fonseca?
The fact that I’m here is thanks to the faith he’s shown in me since the first time we spoke. He’s a person that has very clear ideas – he has great football knowledge and he likes playing good football, with a style that I like. He wants to maintain control of the play and keep possession of the ball rather than chasing after the opposition.

How helpful has it been in terms of your adaptation to have joined at the same time as another Spaniard in Gonzalo Villar?
I met Gonzalo when we were playing for the U21s. Obviously, when you move abroad it’s a big help to have a compatriot there to support you. We’ve helped each other out – thankfully Italian isn’t too different to Spanish, so that’s made it easier for us. Our other team-mates have been really helpful too and made us feel at ease straight away.

You scored your first goal for the club against Gent on your Europa League debut…
I was delighted to score and it was even better to do it at home so I could celebrate in front of our fans. Hearing the Stadio Olimpico shouting my name after the goal filled me with pride and satisfaction – I wasn’t really expecting that. It’s a memory I’ll keep forever.

Have you been able to explore the city at all? Up until the lockdown, at least…
It goes without saying but Roma is a marvellous, peerless city with so much history. I’d never been to Rome as a tourist but in the short time I had just after joining I visited the Colosseum, the Trevi Fountain and lots of other attractions with my family and friends. The people are really friendly and helpful too. It’s a shame that coronavirus happened after that, but let’s hope we can come through it as soon as possible.

How was lockdown for you?
It wasn’t easy, partly because I was here on my own. Aside from football and the team, I missed my family a lot. I think the lesson we can all learn from this period is that we need to appreciate the things that we took for granted, like seeing our families and friends and being able to hug and kiss them. Given that I had to spend a lot of time at home, I took the opportunity to do a bit of studying and I also played a lot of Call of Duty against my friends on the PlayStation, as well as watching TV series like Money Heist and Elite.

During the crisis, you promoted a fundraising campaign in favour of your local hospital. What was the coronavirus situation like there?
It’s the hospital I always went to for everything as a kid so I wanted to make contribution by helping them to buy the resources and equipment they needed to tackle the crisis. I thought it was a completely natural thing to do to repay all the help my fellow citizens and I have had during our lives. The impact of COVID-19 in Spain was similar to the impact it had in Italy and now things are gradually getting back to normal.

How did it feel coming back to Trigoria to train with your team-mates?
It was a massive relief to be able to get my boots on again and run on a pitch after such a long time at home. Playing football is all a footballer wants. It was great to work with my team-mates and the coaching staff again.

Roma will return to action against Sampdoria on 24 June. How much are you missing the matches?
I can’t wait to get back out there for a match, to wear the Roma jersey and to try to do my best. It won’t be the same playing without fans, but we’ll do everything we can to entertain people and make the fans watching on TV happy.