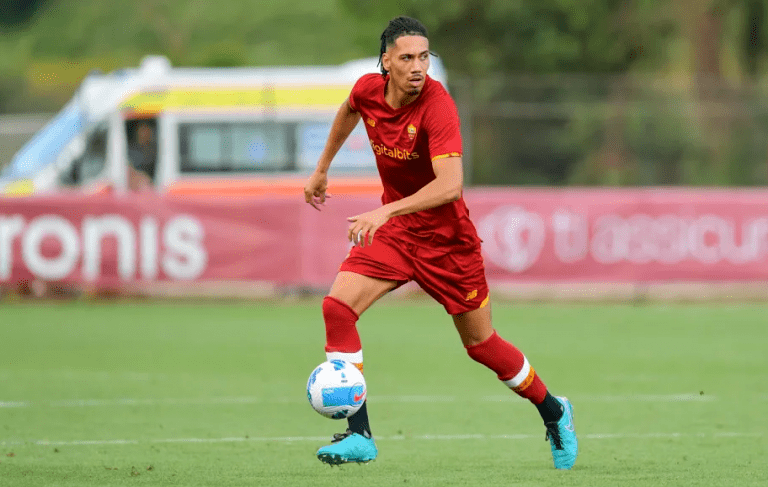 The Portuguese agreed a three-year contract with the Italians earlier this summer after his split with Tottenham, resulting in the pair reuniting in the Italian capital.

Their relationship has been among the talking points for the Giallorossi so far this summer following their turbulent rapport in England. During their first spell at United, Mourinho criticised Smalling for failing to play through the pain barrier during his time at Old Trafford despite the defender’s protestations otherwise.

But despite their previous rows, the 31 year-old was philosophical about Mourinho’s appointment, insisting that although he was “surprised” that Mourinho took the move to Rome, he was “excited” about the winning mentality he will bring to the club.

Roma have been without a domestic or European trophy since 2008 and Mourinho has been tasked with ending this barren run and transforming Roma into “one of the greatest names in world football”.

But with the domestic and international calendar becoming increasingly congested, could ‘The Special One’s’ previous gripe with the Englishman reemerge in Rome?

Player fitness is increasingly under the microscope—a systematic review of the impact of fixture congestion on player recovery found that players who had less than four days to recover between games lacked the ability to run with high intensity, despite being able to cover the same amount of ground over the course of 90 minutes.

A veteran footballer such as Smalling clearly knows his own body and limits, and admitted that Mourinho was the kind of manager that seeks to “push everyone to [those] limits”.

The defender appears to understand the way Mourinho works very well based on his recent interview with the BBC. He insisted there were no long-term issues between the two from his time at Old Trafford, explaining that when Mourinho “didn’t want [players] to play and push” it was a warning sign that he had “stopped caring about you”.

Smalling’s words suggest that he viewed his run-ins with Mourinho as a compliment and an indication that the manager considered him an integral piece of the team’s defence.

During their time together in Manchester, Smalling featured 100 times for the Red Devils under Mourinho managership. He was also selected to lead United out as captain for the club’s 2017 EFL Cup final.

Ultimately, the Englishman praised Roma’s new ownership group, who acquired the club last year for €591 million, for their appointment of Mourinho, labeling him the “perfect man” to end the team’s trophy drought.