Ex-Roma and Valencia player Amedeo Carboni: “Guedes would be ideal for Mourinho.”

Carboni’s time in the capital (7 years, almost 200 appearances) was only second to his lengthy experience in Spain with Valencia, from 1997 to 2006 with over 250 appearances for Los murciélagos. Carboni also worked as an executive at the Spanish club.

Given his knowledge about Valencia, Il Messaggero asked him about Gonçalo Guedes who has been linked with a move to the Italian capital in recent weeks.

“He’s the classic versatile winger,” said Carboni. “Guedes has a great shot, game vision, dribbling. This is a guy who has not yet fully expressed his potential. He’s still got ways to go.”

“As soon as he arrived in Valencia he made a name for himself, then last year, due to some injuries, he got a little lost. Now he is back to his old ways. He’s an impressive talent.”

“If Roma take him, they make a great deal. He will become a big time player. Mourinho seems to me the ideal coach to help him get to the next level.”

About Zaniolo, Carboni said, “He’s going through a tough stretch. He gives me the impression of a player who still needs to mature in terms of mentality. When you play for big clubs, you can’t rely on solely on talent. It’s not enough.”

“You must certainly have ambition, speed, power but then what makes the difference is the intelligence of knowing how to carry yourself as a human being.”

“The teammates are the ones who must make you feel important, you cannot feel important by yourself. I have the impression that Nicolò has yet to understand this difference.”

On Mourinho, “I have no doubt that Mourinho is the right manager for Zaniolo, and someone who will teach him that difference in mentality.”

“Finally Mourinho’s looking comfortable with the team. At first, I think he struggled making himself be understood by them.”

“Roma have many strong players, but they’re not used to winning the way Mourinho is. I think now there’s a special bond between players and coach.” 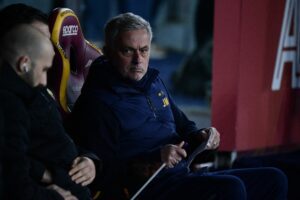 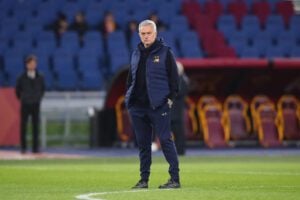