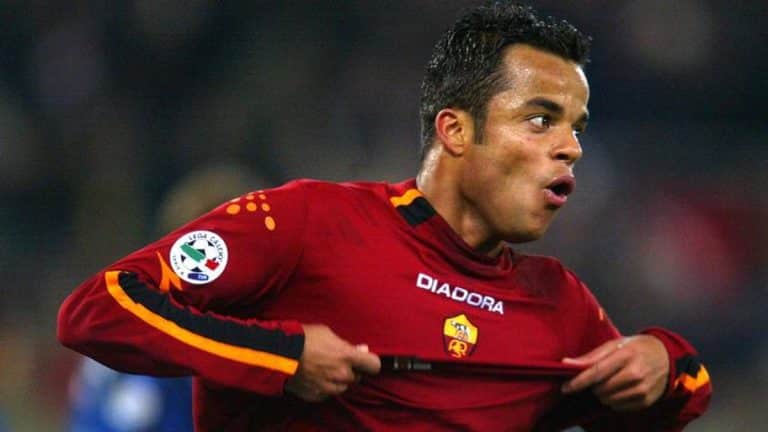 Former Roma player Amantino Mancini was recently interviewed by Il Romanista where he spoke at length about his time at Roma, the pressure of the environment and the ambitions the current Roma should aim for.

“There is great pressure, so many radios that talk every day about you, about the team. The fans live and breathe football.”

“It is a pressure, yes, but also a right responsibility. That makes you enter the pitch and you say: “Damn, I’m playing for Roma, I have to commit myself.”

“When I was at Roma I was very close to Doni, to Juan but also to Daniele De Rossi and Francesco Totti, unique guys and incredible players.”

“Perhaps the link between Brazil and Italy has been lost a little, also because our nation is experiencing a particular period, with a generation of footballers who are unable to establish themselves.”

“It is a general phenomenon of the whole Serie A. Look at Inter: they have no Brazilian in the squad, while before they had Adriano, Julio Cesar, Lucio.”

“And Milan? They got Messias, otherwise they had no one. And first there were Pato, Ronaldinho, Robinho, Dida, Serginho, Kakà. Absurd names, if you think about it.”

“It’s a temporary thing. The coach has just arrived, he had to get to know the environment, know the squad. It takes time. Time and money.”

“Roma still seem unbalanced, capable of great victories and great defeats. You need grit, intelligence, wit. Right now there is no balance. The referees make a lot of bad mistakes, but this must not become an excuse.”

“I hope Mourinho can do well. In fact I’m sure of it.”

“He is a coach who works on your mind, tries to make the most of each of his players. Mourinho gets inside you.”

On comparisons between Mourinho and Capello:

““They are also very similar in terms of character. Indeed, Mourinho is more flexible, he also knows how to laugh, joke, make fun of you.”

“Capello is more close-minded, he never laughed, he always seemed angry. But he was a great technician.”