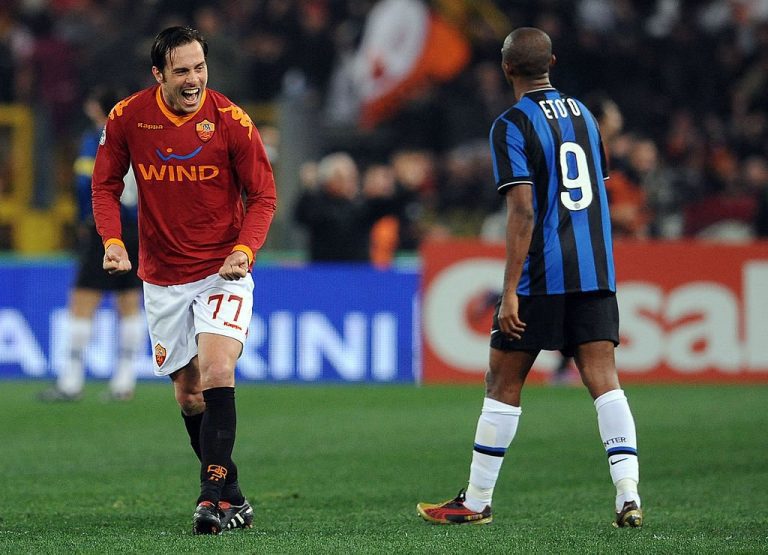 Former Roma player Marco Cassetti – almost 200 appearances across six years from 2006 to 2012 with the Giallorossi – spoke to Il Romanista and shared his thoughts on Roma’s current form and Mourinho’s appointment.

“Mourinho’s appointment brought back a lot of memories for me. In a sporting sense, I couldn’t stand Mourinho.”

“When I was playing for Roma, he was the coach of that Inter team that prevented us from winning what we deserved. And for me it was mainly his fault.”

“Now it’s all over. Now I can only wish him to do the best he can for Roma.”

“I must say, however, that already in those days my feelings towards him faded with the passage of time. And do you know thanks to whom? Chivu.”

“I had him as a teammate at Roma, then he moved to Inter. I had an excellent relationship with him. He spoke to me in such enthusiastic terms about Mourinho.”

“And it intrigued me to the point that I would have liked to have been coached by him.”

“You have to give Mourinho time to continue and complete his work.”

“The problem in Rome is that there is no patience. After all, I understand the fans, they haven’t won for several years now.”

“Now, however, Mourinho must be allowed to carry on his work. He has particular methods, you have to understand them, starting with the messages he sends to his players.”

“He first of all thinks about protecting his team and therefore his players. He sends them messages to see their reactions.”

“He put some players in the stands to understand how they would behave. It was his way of making it clear that he wants more.”

“Although everyone is made in their own way. There are those who react with heart and determination to the stick and those who, on the other hand, would prefer the carrot.”

“At Inter he had a roster of strong and experienced players, today at Roma he has a group of young people who still have to improve and mature.”

“More or less this is what Fonseca had at his disposal. Roma improved in goal, and that didn’t take much, they switched with Abraham instead of Dzeko.”

“And what’s more, the absence of a great player like Spinazzola cannot fail to make itself felt.”

“Karsdorp, after overcoming his physical problems, showed that he could be a player who can guarantee quantity and quality on the right wing. But he’s alone.”

“Viña made a good impression on me. More in the offensive phase than in the defensive one.”

“He needs to improve and, in any case, the starter is Spinazzola who showed us the quality of a great player at Euro 2020. The absence of him, I repeat, weighs a lot.”

“Calafiori is a very interesting talent. He has strength, pace, obviously he lacks experience, but to acquire it you have to play and also make mistakes.”

“When Spinazzola returns, I would advise him to go and play a season somewhere else. It could only do him good.”

On whether Roma will qualify for the Champions League:

“I think it’s tough, although I hope so. The transfer market in January will be important to understand if we can return to the Champions League.”

“The first three positions seem to be already booked. And for the fourth one there are Juventus, Atalanta, Lazio and us in the running.”

“It will be tough for Roma. But with Mourinho, a greater tactical balance and better referees, so to speak, we can do it.” 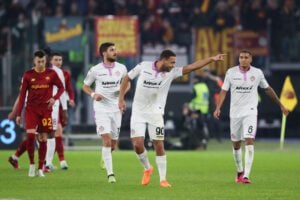