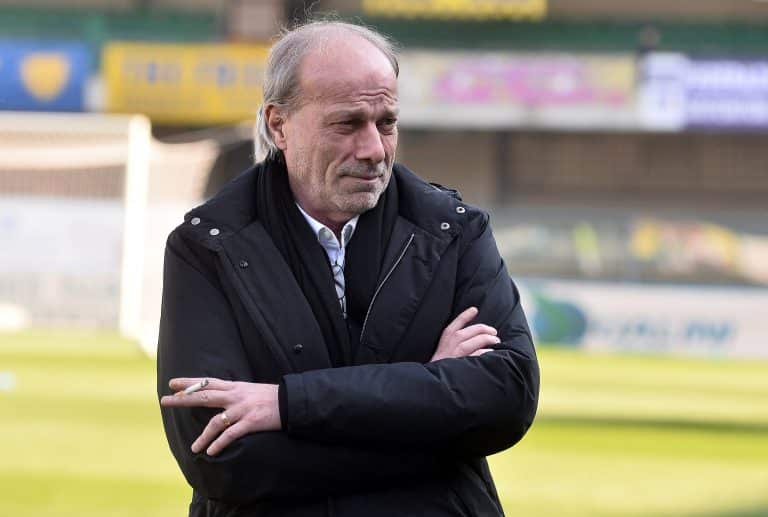 On the evolution of Marquinhos and Alisson:

With Marquinhos I was very lucky because Zeman believed a lot in the young man and launched him when he was only eighteen; we are facing a player of absolute international level, who at 27 is captain of Paris Saint Germain.”

“Alisson had shown great promise but he also exceeded our expectations, he too has become a phenomenon.”

“On Marquinhos I remember that after getting him, I brought DVDs to Zeman for him to view the player and the Zeman was immediately impatient to coach him.”

“When he came to Roma, Kjaer was a very young player and was hurt by an untimely entry on Klose that got him a red in a derby we were winning 1-0; in Rome such a thing will kill you because there was a collapse of confidence on the part of everyone, a thing like that in a derby can hurt more than anything else.”

“The environment of this city, just as it can exalt the players, it can destroy them, but Kjaer is a very strong player and he is showing it in recent years, he has become a true leader.”

On Spalletti at Napoli:

“I said it a number of times that Spalletti would have done very well, already in May when he was announced on the Napoli bench. Many times I have called him a genius and it is a definition I truly believe.”

“Luciano proves year after year to be a very strong coach, one of the best in the world.”

On Mourinho at Roma:

“I heard Mourinho’s words after the match in Venice and he seemed very lucid in analyzing Roma’s reaction-based market, which served to plug some unexpected holes due to Spinazzola’s injury and Dzeko’s exit.”

“Roma are paying a little because of this, but Roma have never given me the impression this year of being a defeatist team. It seems to me that it’s a team that can win games and therefore I will never give up confidence in the coach.”

“It is necessary to give him total confidence, he will have time to correct the team as early as January and I am sure he will do it for the best.”

“I was watching a documentary on Massimo Moratti in which there was the story of Mourinho’s victories and if I were a Roma fan I would go and see it because Mourinho can be a big boost for the environment.”

“He undoubtedly knows how to do it and is never satisfied: after winning the first Scudetto with Inter he took care to reinforce the team again and had the ability to raise the bar and aim to win something more important.”

“Mourinho’s history speaks for him and Rome must lean on the person and on the character that he is.”

On Dzeko’s struggles under Fonseca:

“I wouldn’t call Dzeko’s difficulties at Roma great difficulties: the man scored more than 100 goals and has always been a great player.”

“I believe that Fonseca made a great strategic and human mistake in taking off his armband because Dzeko has exemplary behaviors. Although if I don’t like getting into the locker room mechanisms because they are always very particular.”

“I had no doubts about Dzeko’s performance at Inter, he is a champion.”

“Back when he was in the Chelsea youth sector, I tried to bring him to Sampdoria because it was clear that he was a superior player. But Sampdoria, however, did not grow on him and on Chelsea.”

“He has great strength and physicality, he is good on timing and technique, he will become a very strong player even if already today in my opinion he is. He knows how to do everything in the middle of the field and inside the area.”

“I can understand being unhappy with him for the few goals scored so far, but Abraham has enormous potential and it’s hard not to see the work he does on the pitch. He will become a beast in the league and a nightmare for the opposing defenses, but you have to give him time to explode.”

On Gerson’s troubled stay at Roma:

“Gerson lacked confidence because he had a somewhat irritating way of playing, then when he returned to Flamengo he won the Libertadores Cup as a protagonist, which is not a small achievement as we might tend to think. And that was after having already won the Brasilerao.”

“Now he has returned to Europe for an important amount of money. He is a type of player who can annoy people but he is an enlightened player, he invents passing lanes and is also good in recovering the ball.”

“Rome is a difficult place, it will never hurt someone like Nainggolan but it can damage players like Villar or Gerson.”