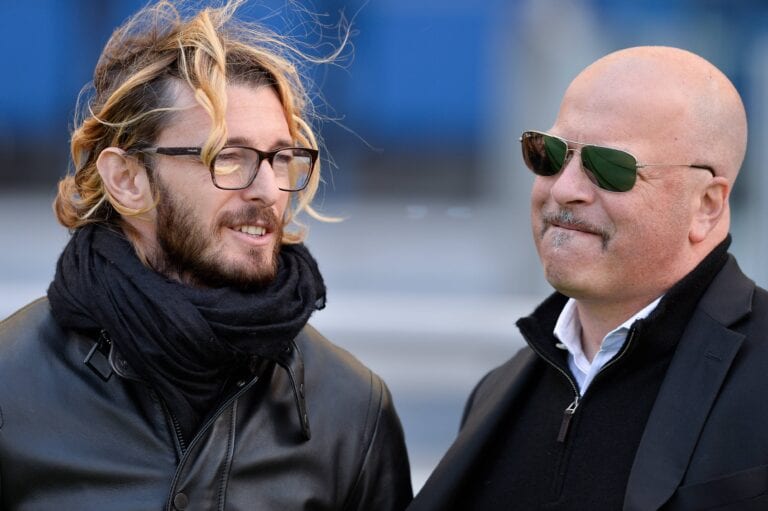 Former Roma and current Raptor executive Alex Zecca appeared recently recounted his tenure in the Italian capital during a double-interview exclusively with RomaPress and The Italian Football Podcast.

Zecca, who himself played semi professional football, along with former Roma President James Pallotta were a part of the group of investors that purchased the club in July of 2011 from Unicredit.

Their tenure stretched nearly a decade but officially came to an end this past August following mounting financial difficulties, which were exacerbated by the COVID-19 pandemic, as they sold Roma to Houston-based entrepreneur Dan Friedkin and his son, Ryan.

“It was an amazing, amazing adventure (at Roma),” he began.

“I got to help out from day one. I started out by doing everything from helping with the transfer market and building a network to getting guys to come in and help us build the training facilities. You wouldn’t believe how archaic it was back in the day. It was horrible.”

The group’s takeover of the club took place in July 2011 after they reached an agreement with Italian banking giant, Unicredit, who acquired Roma in 2010 from Rosella Sensi.

”I was more focused on the football stuff but when Jim (Pallotta) came in, he realised where the future was. Sports in the US are like little empires — they’re very modern. That’s what Jim wanted to bring.”

Following his group’s acquisition of Roma, Zecca recalled his initial visit to the Italian capital and his first glimpse at Trigoria, the club’s training center.

“When I first got there, (Liverpool owner) John Henry warned me about getting my hopes up before getting a chance to look under the hood — and it’s no secret what they’ve done, they’re obviously the best people in sports.”

He continued, “So I get there and the gym was these old machines from the 60’s. It was very dark but it was a huge, beautiful area.”

“Once I reported back to Jim what the situation was, we got a couple of consultants, including one from the Celtics, Bryan Doo, and Ed Lippie, and then we went from there — those guys took it and ran with it. A lot of improvements were done over the years, that’s for sure.”

In keeping with their objective of modernising Roma, Zecca was highly influential in the introduction of analytics within the club’s player recruitment process.

Even though the transfer market-related efforts were ultimately led by the likes of Walter Sabatini and Franco Baldini, both former directors, he claimed that he didn’t receive any opposition with the institution of this new technology when it came to finding potential reinforcements for the team.”

“When we first started, I remember that we had just gone from Luis Enrique, who was a good coach, and he had very strong ideas on how to play but we just didn’t have the personnel to play his way, I thought.”

“I remember quickly running some programs and going through numbers to try and understand what we did differently than other teams who do well in Serie A and that was pretty glaring,” he said.

“What we needed to improve on was the midfield — we needed to possess the ball and win balls back. So we went after guys like Nainggolan and Strootman plus we already had De Rossi and even Pjanic, whose defensive numbers went up after we started playing better.”

“And then there was Walter (Sabatini, former Sporting Director), he was great. He’s got a great eye for scouting and didn’t care how ideas (for new players) came about. Franco was good in that way, too, he was unbelievable.”

Zecca was then asked about some of the economically astute transfer market deals that the club pulled-off during his time, including the operations for Stephan El Shaarawy and Diego Perotti.

“There’s a lot of different ways to get players — plus you’ve got guys like Walter and Franco, who are very plugged into the market and can see certain deals coming, like El Shaarawy for instance. But then there’s a litmus test most of the times and they’d ask what we thought and then it was Jim who made the final decision.”

“Perotti, though, at the end of the day, he was an analytical guy. Analytically his numbers were outstanding — his key passes and dribbles, plus he was a very deceptive player. And then when you add to it that Walter liked him, there was a lot of synergy.”