Fazio: “I hope to stay at Roma for a long time. We have to put the defeat against Atalanta behind us”. 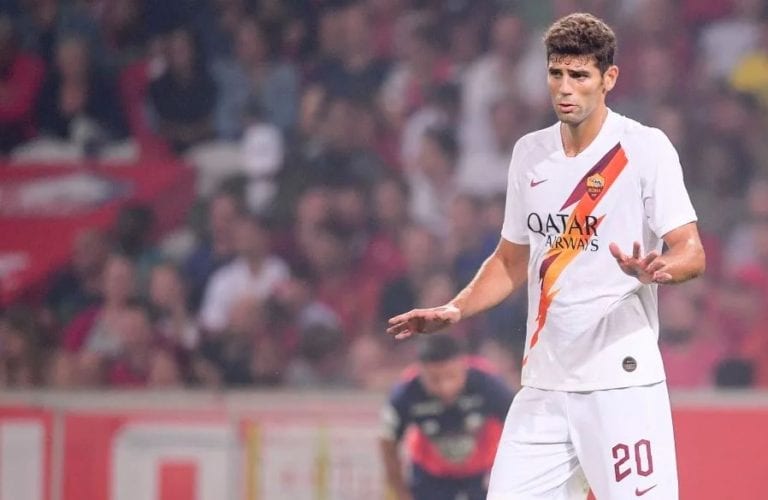 Roma defender Federico Fazio was interviewed in the latest AS Roma Match Program for Sunday’s clash against Lecce. This is what the Argentine had to say ahead of the match:

There’s a strong bond between you and Roma: 141 appearances in the red and yellow. That’s not a small number…
I didn’t realise it was so many! I’m very happy with this club, as I’ve said since day one. This is my fourth season — I signed a renewal a month ago and I hope to stay here for a long time.

After a positive start, the match against Atalanta was the first lost.
In the first half, we had the clearest chances that would have changed the match had we scored them, but it didn’t go this way. Playing four games in nine days is difficult and we were made to pay — the fact it was a match against a physical side such as Atalanta made it even worse. We know how they play, they’re strong. But that match is over and now we have to think ahead.

What did you think about the debut of your teammate Chris Smalling?
He had a good performance despite not having played in some time. I’m sure he’ll improve as he gets to know us all better. It’s not easy against Atalanta. He was up to the task.

What do you think of Fonseca?
He immediately impressed me. He is a young manager but he has the desire, the experience and knows how to convey what he wants to us players. We must continue to follow him.

Now Lecce awaits you, a newly promoted side.
We must look forward and leave the loss to Atalanta behind us. We play at 15.00 on Sunday in Lecce — it will be very hot and difficult. However, we have to fight and take the three points.

What’s the situation until the next international break?
We will have played nine matches between the league and Europe. It is very important to train, eat and rest well. We’ve got three league matches and one European fixture left before the break. For me, it’s essential to take things match by match. The season is long and it’s important to win and get used to the feeling of victory.

Why is the defeat against Atalanta not a setback?
Nothing changes. We just have to keep working; the season has just started and the league calendar is long. We want to do well and reach the top four: we want the Champions League. We are Roma and must be hungry to win.