Fonseca: “I love the supporters, the city, and this club. I want to stay for many years”. 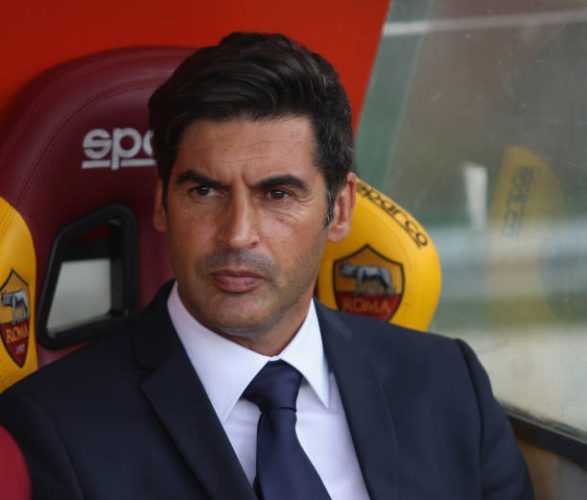 Roma boss Paulo Fonseca was interviewed by Portuguese newspaper Publico today and discussed the of Serie A, which recommences next week. Here’s what the Giallorossi’s gaffer had to say:

So what do you think of the prospect of playing in closed stadiums?
It’s the only possible scenario. I understand it’s difficult to play without fans right now, but I think we’ll eventually find a way to get supporters back into the stadium. It’s a strange situation, it’s not something we want, we always want to play in front of our supporters.

So the there isn’t much time until the league restarts. Will it be difficult to get back into “competition mode”?
It will be more difficult than usual. There’s no friendly matches and playing an intra-squad scrimmage isn’t the same. Plus we’ve seen many injuries in the German league. Playing every three days will be demanding and is a cause for concern.

Is the goal to reach the Champions League?
It’s possible. The other four teams are very strong. Atalanta, our main rival, is very strong, but we won’t give up this fight. This year the Italian league is unpredictable, more than in recent years.

What’s your opinion on Serie A?
I was positively surprised. The quality of the players, coaches, and the football is high. We seem to have the idea that Italian football is more defensive, but this isn’t the case. There’s good teams here who are very well prepared.

Is your idea to stay in Rome for a long time?
I am extremely happy in Rome. I love the club, I love the fans, I love the city. I’d like to stay for many years, it’s a huge club. It is not easy to find the level of passion as you do here in Rome.

And Justin Kluivert, is he as good as his father Patrick?
He’s got the quality to reach the same level as his father. He’s one of the youngsters Roma is counting on for the future.