Fonseca speaks ahead of Bologna: “We’re working on our mentality. Pastore? Unlikely he starts”. 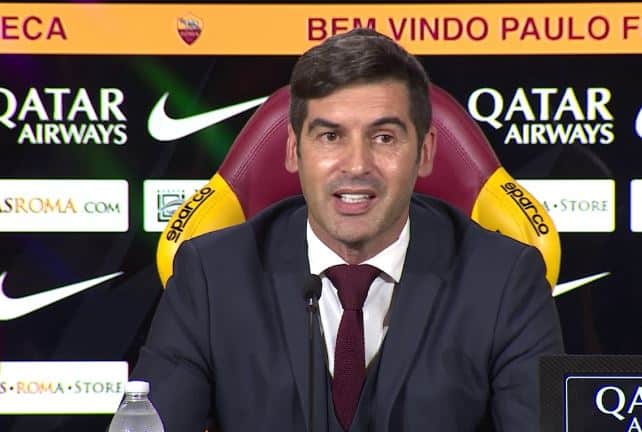 Roma boss Paulo Fonseca spoke ahead of tomorrow’s clash against Bologna. Here’s what he had to say:

What are the conditions of Pastore and Mkhitaryan?
They trained normally. Mkhitaryan is in a better position than Pastore, but both will be called.

After a good performance, a bad one follows. Missing the winning mentality?
We’re working to change the mentality, but that’s not the only thing. I got the tactics wrong against Sassuolo and the players got it wrong tactically and technically. We started poorly, lost our balance, but we were a bit better after the break. We’ve lost balance, which is important. We played well against Lazio then played poor against Sassuolo — tactically and technically we were wrong. We’re working on our mentality every single day.

Can players like Kolarov, who have charisma and mentality, be useful against Bologna?
We’ll see tomorrow. I still have one or two doubts about the game, so I don’t want to talk about who will play tomorrow. Kolarov has a great mentality and is one of the leaders of the dressing room, it’s possible.

Could Pastore play for Pellegrini?
Pastore isn’t fit enough to start the game. We have options to replace Pellegrini – there’s Mkhitaryan and Kluivert, who can play in that position, plus Perotti.

Where do Carles Pérez and the other new ones stand? Could Pérez play tomorrow night?
They all have certain qualities, but they need to adapt. Serie A is different from La Liga. They need to adapt and to understand what football is like here. We’ll see if they will play tomorrow.

Without Diawara it seems that Roma has lost balance. How can you find it?
With good positioning. It is true that Diawara — from a tactical standpoint — does this job almost perfectly. Cristante also has this ability and can do the same. There’s no point in putting Mancini because this is a positioning issue.

Are you thinking of putting Dzeko behind Kalinic?
I thought about it, but it’s not easy to change our way of playing. It could happen during the match, though.

How do you get out of Bologna pressure? Why is this pressure in Italy so successful?
When Perez arrived I asked him how many teams in Spain use man-to-man marking. He told me none — so I told him to get ready because everyone here does. Bologna mark you man to man and are really aggressive, so it won’t be an easy game. But Verona are similar in that regard, and we were able to perform well against them.

Dzeko said the team is strong, but the youngsters have to give more. Do you agree?
Dzeko said that we are all responsible, primarily because he is the captain. He said that we are all responsible – not just the younger player. To me, it doesn’t seem like a criticism to younger players, merely a piece of advise. Dzeko is the leader of our dressing room. To me, it didn’t seem like a critical tone.