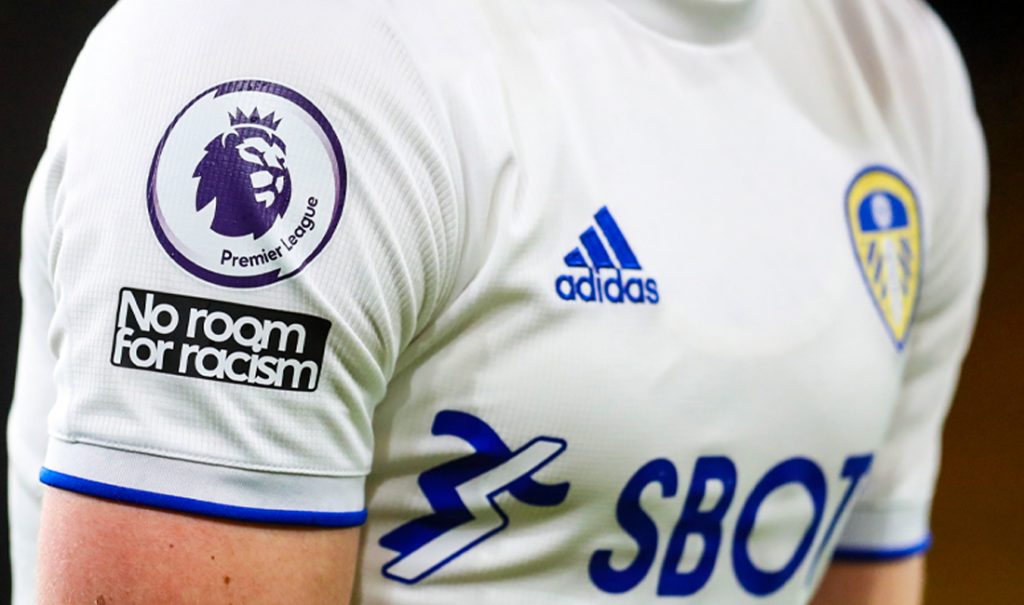 The Premier League will have to approve all new sponsorship deals involving top-flight clubs before they can be announced under a plan being drafted to tighten the rules on commercial deals.

But how does the English Premier League decide what players should wear? Where are the most prominent apparel companies on the field? How many shirts and sleeves are sponsored by gambling companies? What about sponsorships by gambling, traveling and telecommunication companies? Let’s find out more.

In terms of shirt sponsorships, gambling companies have once again proven to be a popular choice for clubs. There will be eight Premier League clubs with gambling companies, betshops, and online operators similar to the ones from Canadian online casino on their shirts this season. The number of gambling and casino sponsors is down from last year’s, but close to the statistics from previous years. Moreover, there are gambling sponsors on the shirts of two of the three promotion winners. The gambling sponsors of Leeds United, Fulham, and Crystal Palace have all changed.

There are four shirt sponsors who are active in the financial services industry along with the gambling partners. Other shirt sponsors are involved in the airline, automobile, duty-free, and heating sectors, as well as telecommunications and automotive. After previously having gambling sponsors on their shirts, Aston Villa and Everton have partnered with online car retailer Cazoo for the upcoming season. As the only company sponsoring two Premier League teams, the young company is a unique addition to the league.

In response to the COVID-19 pandemic, Leicester City and its main partner King Power are partnering with the Tourism Authority of Thailand to promote Thailand. Most of the companies are headquartered in Asia and the UK.

Seven Clothing Brands in the Game

Currently, there are seven different brands sponsoring the 20 Premier League teams. This season, Adidas, Puma, Nike, Umbro, Hummel, Kappa, and Under Armour are among the brands you’ll see on Premier League fields. The number of apparel sponsors varies across the seasons, thus, fans could notice that in the last seasons there were eight of them, and prior to that there were only six sponsors.

In addition to Adidas, Nike and Puma sponsor four teams each. As a clothing brand, Nike already sponsored Chelsea, Tottenham and Brighton, but they were able to sign Liverpool as well. Thanks to this catch, three of the top six traditionally and last season’s are now sponsored by them. By sponsoring West Brom, Puma now sponsors an additional team in comparison to last season. Among the teams they supply are Crystal Palace, Newcastle United, and Manchester City. Manchester City, as well as a number of other clubs belonging to the City Football Group, have completed a multi-year agreement with the German manufacturer before the 2019/2020 season.

Umbro, Hummel, Under Armour, and Kappa

In the 2020/2021 season, Umbro will only handle half of what they used to in the Premier League. Everton and Bournemouth no longer wear the English brand, but West Ham and Burnley do. While Merseyside moved to Danish brand Hummel, Bournemouth was relegated.

By sponsoring one team each, Under Armour, Kappa, and Hummel complete the list. The results of this change mean that New Balance and Erreà no longer sponsor any Premier League sides. As part of their new sponsorship deals, Liverpool switched from New Balance to Nike, Everton from Umbro to Hummel, and promoted Leeds United from Kappa to Adidas.

Sleeves Sponsors of the 2021 Premier League

The Premier League allows its clubs to advertise on their sleeves starting from the 2017/18 season. Some teams, however, do not have sponsors on their sleeves. Liverpool is the latest to sign a deal with Expedia, following the five-year contract with Western Union being canceled after only three seasons.

Sleeve sponsorships attract a wide range of companies. The financial services industry and the gambling industry are active again this season. As sleeve sponsors, automotive companies and tourism businesses are also popular choices. After previous deals ended, some teams are searching for a new sleeve sponsor. After discussions with Rovio Entertainment about the Angry Birds deal breaking down, Everton is in talks with new companies.

Some clubs, such as Tottenham Hotspur, probably will not get a sleeve sponsor anytime soon. In a board meeting held at the end of 2018, Spurs chairman Daniel Levy explained that any sleeves sponsorship would weaken their naming rights deal, so the naming rights would take precedence. Among the top two clubs to have the same shirt and sleeve sponsors are Burnley and Sheffield United.

Sponsors of the 2021 Premier League

Each partner receives exclusive access to their niche market. In addition, the Premier League does not list any regional partners, while some of the other Big 5 leagues have them listed. During the current season, the Premier League continues to have the same amount of sponsors as last year. In place of TAG Heuer, Hublot is the new official timekeeper for this season. Moreover, Budweiser is the new official beer of the league, replacing Cadbury as the official snack.