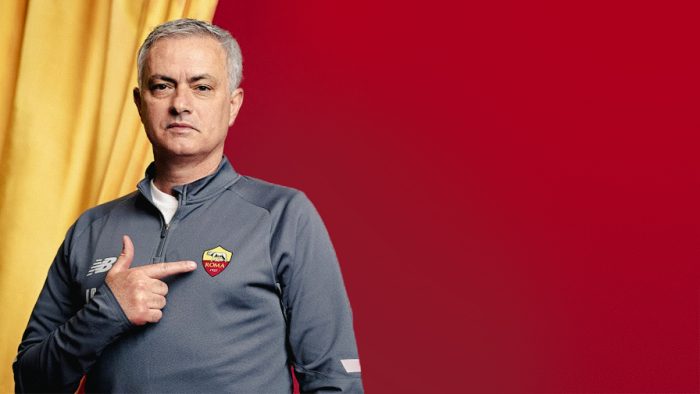 Take a short walk down memory lane and it is undeniable that Jose Mourinho is one of the best managers football has ever seen. More recently though, many believe his star has begun to wane. Is that true or is that just media spin?

We look to address that very question by analysing his current job: have Roma improved under Jose Mourinho?

So, has Jose Mourinho improved Roma?

The journey so far

If you asked most balanced Roma fans, they’d probably say that Mourinho has Roma around where they should be in the league standings. Media outlets like to talk up the prospect of Mourinho winning titles the second he walks into a job but even the most optimistic of supporters knew that was never on the radar for Roma in 2021/22; the team simply isn’t good enough.

A top-four challenge was a more reasonable hope for the campaign but, again, that was a hope, not an expectation. With that in mind, the fact Roma finds themselves in fifth place in the Serie A table is probably about right. To address the key question on progress, at this stage last season Roma was in seventh place; that’s a plus two for Mourinho. It is worth noting that they have collected the same number of points compared to this time last year though.

Then you have cup competitions to consider. The obvious one is the Europa Conference League, which is fresh in the mind after the recent 2-1 loss to Bodo/Glimt. Despite the Norwegian minnows proving to be a problem team for Mourinho and co this season, the ECL is still very much a winnable competition for Roma.

The odds according to Bovada website suggest you still have to fancy them to find a way past Glimt in the second leg at the Olimpico, which Mourinho agrees with, and then who knows. Anything less than a trophy though would be a step down on last seasons Europa League semi-final appearance. Domestically speaking, their Coppa Italia run was ended in the last eight by Inter. That’s a round deeper than they went last year.

Verdict: From a distance, there isn’t much in it.

Missing a slice of luck and a touch of quality

Since the Mourinho murals were being painted on the city walls back in May, the footballing world has been intrigued by Mourinho. He’s hardly tried to shy away from that though with his comments on referees particularly catching the eye on a few occasions. You’d have to say he’s had a point though.

We touch on Roma stretching themselves for the top four and, in order to achieve that, you realistically need to beat the teams above you. Unfortunately, Roma have come up on the wrong side of refereeing decisions in a few of those games this season; incidents against Juventus and AC Milan particularly stick in the mind. They’re fine margins and had they gone Roma’s way, they’d be much tighter to the top four.

Another area of ‘close but no cigar’ for Roma is in the goalscoring department. Tammy Abraham, a Mourinho signing, is enjoying a fantastic debut season in Italy but finishing chances in general for Roma hasn’t been a strong point.

They are underperforming against their expected goals (xG) by around four goals; it’s believed that could be worth another three points – that’s without performing above and beyond their xG. For context their city rivals, Lazio, are outperforming their xG by 14 goals!

A clear style of play

That brings us on nicely to the style of play, which is something Mourinho has been berated for in the past. There have been few complaints of his style this season. Do Roma dominate possession of the ball? No, they don’t. What they are good at though is attacking at pace when they take possession. That has led to some great team goals – most recently against Sampdoria – but also plenty of chances.

We’ve spoken about Abraham already but he has the highest xG in Serie A; it shows how many chances Roma are creating. On top of that, defensively the team look much stronger too. They are conceding 1.1 goals per game on average but Rui Patricio has the joint most clean sheets in the league alongside Samir Handanovic. Chances being created and clean sheets; it’s not a bad combination.

How does that compare to life under Paulo Fonseca? Well, goals scored is four worse off but the goals against column is a dozen lighter; that’s a fairly big shift! Of course, many will point to Abraham and credit him rather than Mourinho but there are a couple of key absences that can’t be ignored as well. First, the Englishman was signed after Edin Dzeko moved on and joined Inter, where he’s scored 17 goals in all competitions.

Then you have Leonardo Spinazzola, who has been out all season with an injury; he’d be a major step up on what Roma has been playing with. Another look at the xG for and xG against further evidence where improvements have been made; the xG for is broadly similar to what Fonseca’s side ended the season with last year. The xG against, however, has improved a fair bit under Mourinho.

Verdict: A tightened defence without compromising the attacking threat.

With everything considered, you’d have to say that Jose Mourinho has improved Roma. In an attacking sense, all the stats point to things being fairly even versus the Fonseca team of last season but Mourinho has managed to achieve that whilst improving the Giallorossi at the back.

With the club sitting on an 11 game unbeaten run in Serie A right now there are signs that Roma and Mourinho remain on an upward trajectory as well.