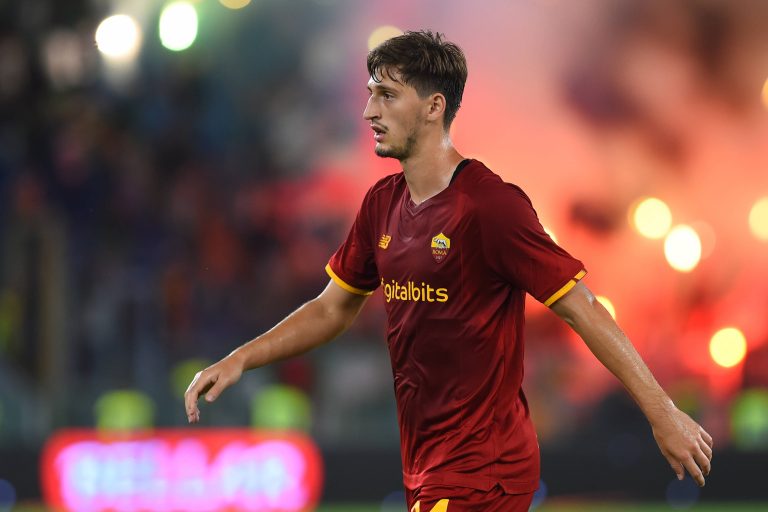 The 22 year-old labeled next week’s showdown in Tirana against Feyenoord “a dream come true” as Roma aim to capture their first European trophy.

“When I learned at the start of the season that the Conference League final would be played in Tirana, I immediately made reaching it an objective in my mind.”

“For someone like me, born in Italy to an Albanian family, it seemed like a sign of destiny. Fortunately dreams do come true. And now it’s up to us to finish the job by defeating Feyenoord, even though it won’t be easy.”

He continued, “Of course I’m excited especially after witnessing the Olimpico this season, it was extraordinary. We have a unique set of supporters, which we’re thankful for, and because of them we have an extra motivation.”

“Unfortunately not everyone will be able to go to Tirana with us. As you know, the stadium we’re playing at is a very modern, English-style facility with the stands very close to the pitch, perfect for football.”

Adding, “Tirana’s also a wonderful city, like all of Albanian foreign investment has really made it grow in recent years. For Albanians, this final is a big occasions and I’m sure they’ll give an exemplary welcome.”

“They’ve established a solid bond with Italians because of the way they were welcome in your/our country many years ago. I say it like this because I feel both Albanian and Italian, my family and I have been treated incredibly well since day one when my parents arrived in Peschiera del Garda looking for work.”

“Apart from the Feyenoord fans who will rightly support their team, we’ll have a huge part of the crowd on our side. Even our Premier (Edi Rama) is in love with Mourinho and has already started gearing up for the game on social media, even posting a photo of a Roma scarf inside the stadium.”

“For me, it’s both an honor and a big responsibility to represent my nation for such an important event. I hope to always be a good example for the many Albanian children that have emigrated abroad like myself and are trying to forge their own path and career.”

“It’d be great to play in the match, I’d be lying if I said otherwise, even for just a few minutes. But the final decision is up to the Mister and it’s up to us to always respect his choices.”

Finally, “If I don’t make it on to the pitch I’ll be cheering from the bench, it’s a credit to Mourinho for cementing a very solid group of guys where nobody feels excluded.”

“Everyone has contributed this season and we’ll continue to do from Friday’s game against Torino to next week in Tirana. We’ve played a lot games this season but we’ve still got the energy to make one last push.”