Lorenzo Pellegrini: another weapon, another tough decision for Di Francesco 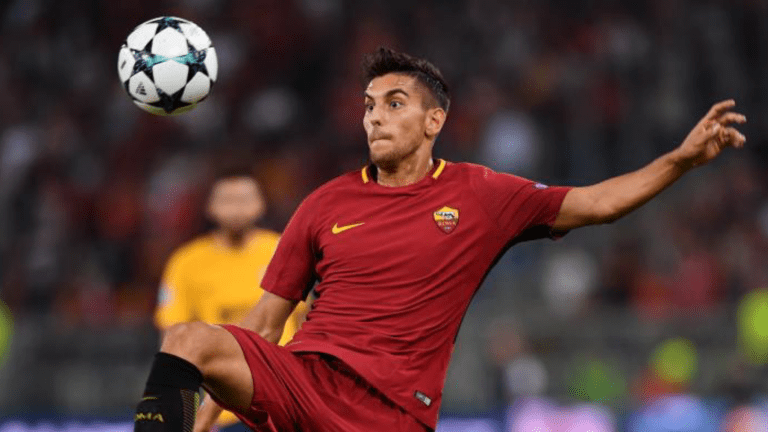 He’s only 21 years old. He’s Roman, Romanista, and he’s now found himself at the center of the AS Roma rejuvenation project. His name is Lorenzo Pellegrini and he is already being spoken of in the same breathe as Daniele De Rossi and Alessandro Florenzi.

We’ve seen numerous examples throughout recent history of Roma fans and media willing to prematurely crown the next Roman and Giallorossi player as “the next Totti”, “the next De Rossi”, etc. However, Pellegrini may be the first in a long line of failed Roman successors who has the tools, ability, and personality to succeed in the Eternal City.

Pellegrini was certainly highly rated coming out of Roma’s Primavera, but so were Alessandro Crescenzi, Giammario Piscitella, and Gianluca Caprari, the problem always seems to be the next move where Roma’s highly rated youngsters seem to stumble.

Upon joining Sassuolo in June 2015, he was carefully and cautiously weened into Sassuolo’s first team by Eusebio Di Francesco, who afforded the youngster 19 appearances in his first season with the Neroverdi, in which he scored 3 goals. The central midfielder was subsequently given a first choice shirt in his next season with Sassuolo as he went on to double his goal tally, leading the way for the Giallorossi to activate their €10 million buy back clause in the summer.

Upon his return, it was widely agreed upon by both fans and the media that Pellegrini would be a fantastic option off the bench and could offer the Giallorossi excellent depth. However, Pellegrini’s performances have been anything but “bench worthy”.

The youngster has not been at all fazed by the leap in quality and hasn’t missed a step in his growth progression from mid-table club to Champions League. Pellegrini has made 6 total appearances thus far this season and has played a total of 317 minutes, an impressive tally given that he was supposed to play a secondary role behind Nainggolan and Strootman. He already has 2 assists to his name and he continues to impress with his performances.

The latest in the string of impressive performances for Pellegrini came at the weekend in Roma’s pivotal clash against the Rossoneri. After Kevin Strootman was forced off early in the match, the Giallorossi did not have any drop in quality or effectiveness in the midfield when Pellegrini entered. The youngster was not even slightly overwhelmed by the unnerving atmosphere of a packed San Siro, as he went on to have a scintillating performance and overshadow the highly rated Franck Kessié in the clash.

Pellegrini’s positioning was superb, his movement outstanding, and his passing absolutely sublime. He created two chances, including the most clear-cut chance of the entire match as his decisive pass allowed Alessandro Florenzi to go free on goal, however, he failed to take advantage. Pellegrini finished the match completing 91% of his passes while winning 60% of his duels.

Eusebio Di Francesco now finds himself in the precarious position of having to find a way to get the youngster on the pitch more often. Pellegrini has performed at a higher level this season than Daniele De Rossi, though, the captain certainly operates in a vastly different midfield role. Pellegrini has shown the maturity and the ability to perform at a high level in important matches. Given that De Rossi and Gonalons will continue to occupy the playmaker role in Di Francesco’s system, Pellegrini could potentially take some playing time away from Kevin Strootman. Yes, there are plenty of matches to be played given that the Giallorossi play in three competitions, however, Di Francesco will be tasked with balancing Nainggolan, Strootman, and Pellegrini for two positions in the midfield, a duty nobody will envy.

Regardless of Di Francesco’s decisions, this is a great problem to have, a problem Roma haven’t had in some time. The truth of the matter is, Pellegrini is ready to be handed more playing time and be given a bigger role in the team, though, it’s more-than-likely that Di Francesco will apply the same cautiousness that he did at Sassuolo with the player by slowly integrating him more and more to the team, which isn’t a bad thing.

Nonetheless, it appears Roma have a budding star on their hands and a jewel who they can depend on both now and in the future. 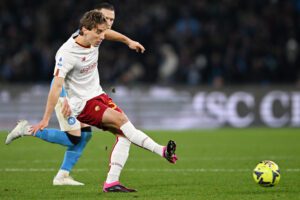