Mancini: “Dzeko is both a #9 and a #10. Smalling and I understand each other with just a glance”. 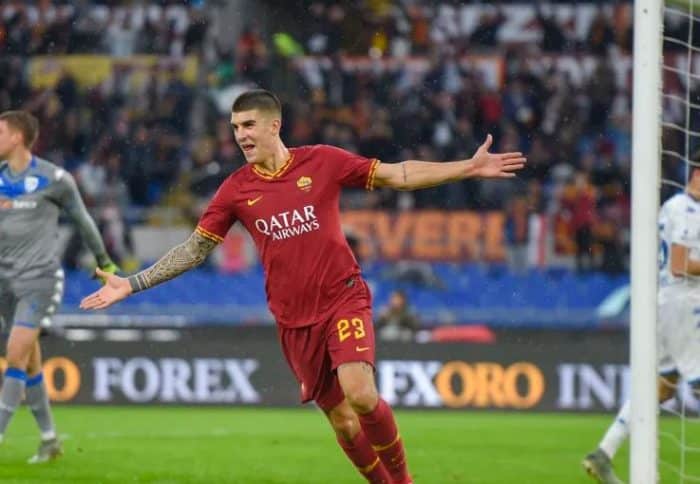 Roma defender Gianluca Mancini appeared on Roma TV and responded to questions from Giallorossi supporters who used the hashtag #AskMancini. Here’s what the 23 year-old had to say:

How are you doing in the team and the city?
I’m doing well here because I found a really good group of players. There’s a good mix of veterans and youngsters — I settled in right away. I never even thought about changing teams. The city is beautiful: I can do downtown with my wife and each time we do so we discover something new.

Gent awaits in the Europa League.
The draw went well even though we finished second in the group. But they won their group and we have to face the match with the right mindset.

What makes you and Smalling so complementary?
Many things. He is starting to learn Italian. We understand each other with just a glance. In footballing terms, I can speak English. He applies himself completely, perhaps this is something I can work on. He’s concentrated all the time at the maximum. You can’t only discuss Chris and I, though — there’s also Federico. Any time I need advise he is always available.

Who was the most difficult attacker to mark?
He’s in my team: it’s Dzeko. I played against him a few times and he always scored. I considered him one of the best in the world. He’s both a number 9 and a number 10, he’s not strictly playing in the middle, he’s everywhere throughout the pitch.

What is the first tattoo you got?
A Maori sleeve, which has now taken up my entire arm.

Who is your best friend in the team?
I have known Spinazzola for 5 and a half years. He’s my friend even off the pitch. I also got to know Lorenzo (Pelelgrini) during the retreat with the Azzurrini.

How did Miki learn Italian so quickly?
When he arrived he already spoke it a bit. He is very intelligent.

Does Roma’s anthem give you goosebumps?
Yes, but so does hearing all the fans screaming when we walk on to the pitch. When you’re in the tunnel and can start hearing the anthem it’s really beautiful – so few anthems make you feel this emotion.