Mancini following draw against Porto: “Mourinho is teaching us that mentality is something you can’t buy.” 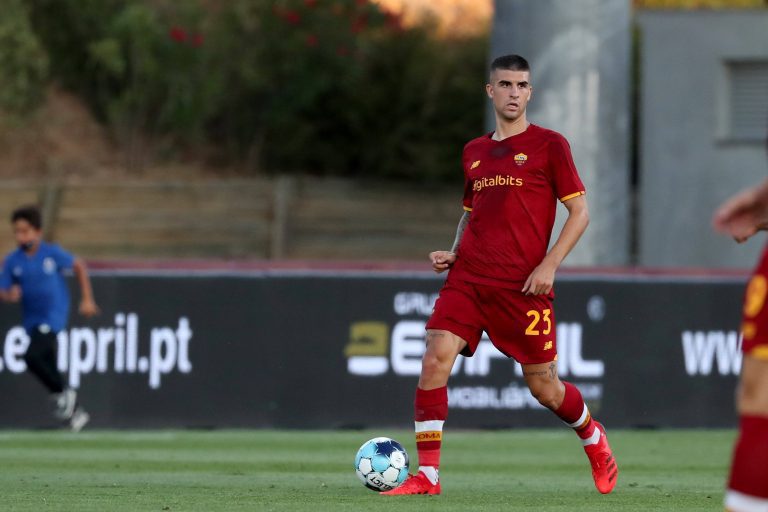 After last night’s first friendly in Algarve, where Roma drew against Porto, Gianluca Mancini, whose headed goal gave Roma the lead in ’56 minute, gave a brief post match interview where he spoke of Mourinho’s impact on the team, learning new tactics and the importance of the team’s mentality going forward.

The Italian defender first introduced his thoughts on the game and the rival, whose physical condition was superior to Roma’s given their season begins in a week’s time.

“We played the game we expected to play, this was a tough opponent because Porto is a team with a fighting spirit. The level of play was raised but we did not back down although it’s clear that they’re ahead of us in terms of preparations for the upcoming campaign.”

“We could have avoided conceding the goal in the final minutes, but overall the performance and the team spirit were there. And that’s what matters.”

Then, Mancini spoke of mentality as an inevitable factor with Mourinho’s arrival, especially following the short brawl that erupted between the two teams when Pepe elbowed Mkhitaryan in the face.

“The coach is constantly instilling it into our heads, at first we have to understand the mechanisms and the things he asks of us on the pitch, but mentality is something you can’t buy so every training session and game you play you have to go out there and show it, give your all.”

“If there is no mentality, game plans, tactics, performances don’t amount to much. Mentality has to be there against every single opponent, on every ball you fight for.”

A final few words on the team’s physical condition.

“From the first friendly against Montecatini to today, surely the tactical level was improved; this has to be the way, we cannot afford to take steps back. When you go up against teams of this caliber there is more competitiveness, more willingness to win no matter what.”

“This was a friendly, but when you’re out there inside that green rectangle there is very little to suggest that it’s a friendly. That’s why tonight was fun, it was fun for both teams, and it’s a motivator to keep playing like that against everybody.”