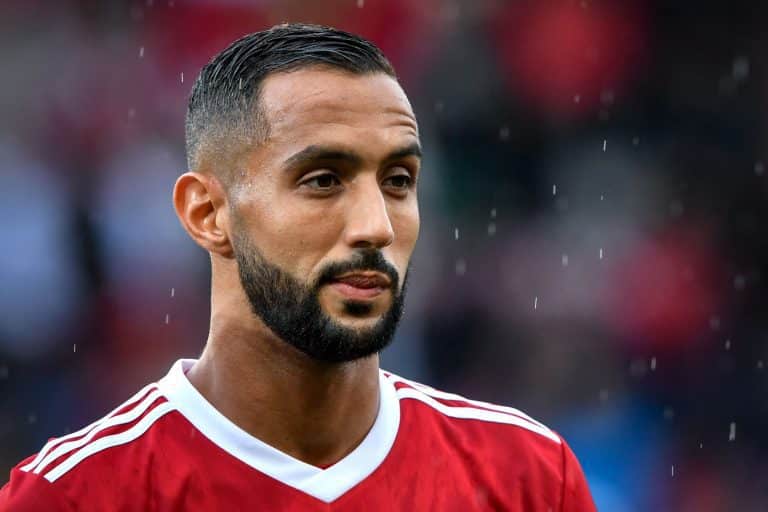 Just one week after visiting the club’s training center for the first time since his 2014 exit, former Roma defender Medhi Benatia discussed a variety of topics in an interview with Rete Sport.

The Moroccan, 35, weighed in on everything from Jose Mourinho to his acrimonious departure from the club for Bayern Munich after just one season.

“I joined Roma at a particular time, the loss to Lazio in the Coppa Italia final was still lingering,” he said.

“Right away, though, we started the (2013/14) season incredibly strong, I remember many were wondering if I’d be able to replace Marquinhos. It wasn’t easy to fit in but I’d arrived with a clear idea in my mind: bring the club back to where it belonged.”

He continued, “We got off to a great start that season, winning ten in a row but then there was a Juventus that earned more than 100 points. Nonetheless, it was an extraordinary season.”

“Rome was where I felt best, I had purchased a house the previous November and wanted to stay. However, the club’s executives at the time convinced the supporters I wanted to leave, which was disappointing because the supporters believed them.”

“Instead of building a winning team they constantly sold everyone so they could make cash. If it was all about money for me, I could’ve joined Manchester United in December of 2013. I would’ve earned four times more than I earned at Roma, but I rejected.”

“I had a pact with Sabatini: I’ll bring Roma back into the Champions League then at the end of the season we’ll discuss things. Again, I didn’t want to leave but I told them I’d do whatever was needed for the good of the club.”

“When I came back from holiday, I realised they wanted to sell me. I never asked for the kind of money Bayern would ultimately give me. All I requested was a wage that would make me feel important within the dressing room but it wasn’t a crazy figure.”

Benatia then hit out at former Roma president James Pallotta, criticising his lack of presence in the city during his tenure.

“Ultimately, though, the club needed the money and I was made the scapegoat. Supporters must know the truth, it wasn’t Sabatini or Massara’s faults, they’re fantastic guys and the best in Italy. Rather the ownership was to blame.”

“How do you as a president (James Pallotta) only come to Rome twice a year? How’s that possible in a place like Rome? With the supporters they have Roma should be fighting for the Champions League every single season, their passion is unmatched.”

As for the current rendition of Roma, Benatia lauded general manager Tiago Pinto, claiming the club’s in good hands with him at the helm.

“Pinto is very smart, the club is going to do well because they’re in the hands of fantastic people,” he said.

“It’s a serious club that’s going to be improved and strengthened. With Mourinho, Roma is on the right track to try and win titles.”

Adding, “Roma’s made its way into Mourinho’s heart, you can tell. He tried to acquire me in the past and I told him I would’ve loved working with him. He’s such a deep guy, one of the rarities in football nowadays.”