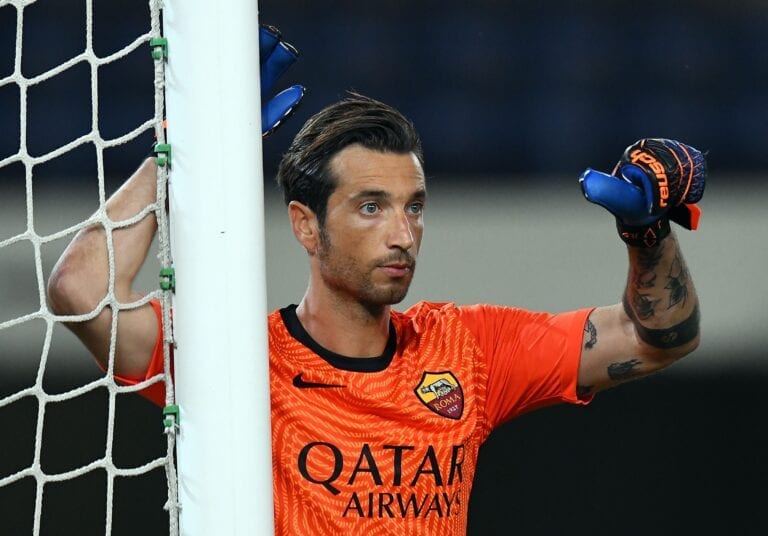 Roma goalkeeper Antonio Mirante gave an extensive interview with Sportweek today and discussed his role at Roma — where, despite his age of 37 years-old, he finds himself as the first choice shot-stopper ahead of Pau Lopez.

”Pau and I are two smart individuals. I’ve always had good relations with my teammates regardless of whether I was starting or on the bench,” Mirante said.

“While it’s true that we’re fighting for the same place and that there’s a hierarchy, I prefer to think that there’s a partner alongside me and not an opponent.”

”The role of goalkeeper is one where you suffer quite a bit. Pau arrived in the summer after I had completed the previous season as the first choice and did enough to earn a place in the Italian national team.”

”I wanted to keep playing but I agreed to go to the bench because when you’re my age, you can’t afford to have a bad attitude towards the manager, your teammates, or your club.”

“Complain? Act sour? No way. The key to maintaining a good relationship with the other goalkeeper is competition.”

“My teammates? I’m among the oldest along with others like Edin, whose professionalism has always struck me.”

“The whispers about him joining Juve could’ve affected him — but instead he committed himself like he always does and was still the first to arrive and the last to leave at Trigoria.”

“He cares about Roma. He has been here for five years and feels the responsibility of what he represents. None of us want to make a bad impression, especially towards the outside. The older you get, the more you feel the need to leave a good impression on people.”

Mirante then addressed his future as his current deal with Roma expires this summer.

”I’m not worried about it,” he admitted.

”I still see myself as a player for a few more years. I would lose energy if I started to think about what I’ll do after I retire. If Roma wants to make me a proposal, I’m ready to listen,” the Italian concluded.