Monchi and Florenzi speak from Boston 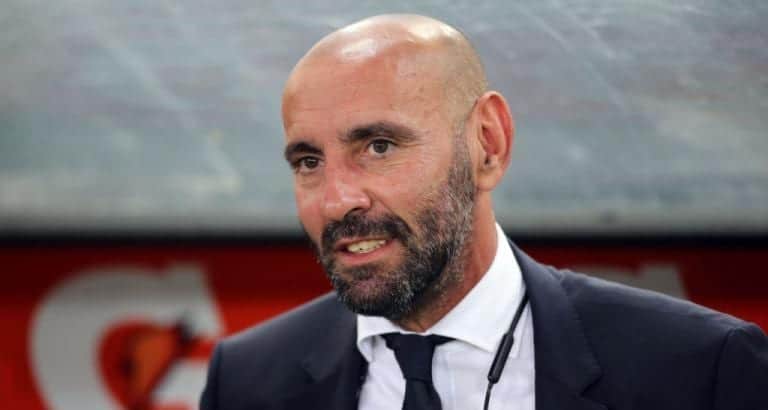 Roma sporting director Monchi spoke live today from Boston, where Roma currently are on their American tour, alongside Alessandro Florenzi, who officially renewed his contract with the club. These are their words:

Monchi begins: “After being here for 15 months, this is one of the days when I’m most happy, not so much as a sporting director but as a person who begins to love Roma. One of our own has renewed his contract and will stay here for at least five years. It is a day of happiness, I do not know how long I will be here in Rome but if I stay long I want to be a Romanista the same way he is. It was a long negotiation, but from the first moment I was convinced it would end well, because Alessandro wanted to stay here. He had important offers from a sporting and economic level but he wanted to stay here. He is an example as a professional and as a Romanista.”

Florenzi: “Let’s start from a simple thing, today is a happy and important day for me, I want to embrace all the fans who are happy with me for this renewal. I embrace them and I know that maybe there are fans who don’t feel this way because they think I do not deserve this renewal due to last year’s performances. I’m working to make them change their minds, it’s my goal. I have always tried to please everyone and one thing that this negotiation taught me is that I can not please everyone. It’s something that I will take with me throughout my life, not just in football.”

(To Monchi) What is the technical significance of having confirmed a player of this value?
I wanted to talk about heart because I like it, you know me sometimes I talk too much. He is strong, he has virtue: he can play in different roles and he does them all well. Roma are stronger with his renewal.

(To Monchi) The negotiation for Nzonzi?
We are evaluating different roles on the market. One of these is a midfielder. Nzonzi is a name you are mentioning, but the thing I can say is that he is not close. Maybe it’s time to think of other names. I know where I want to go. I like the player, I think my job is to try to make the roster as strong as possible. I will do this until 18 August. I sleep a little, but not much.

(To Monchi) The markets of Milan and Inter?
My job is not to evaluate what others do. My form of working isnthis and I can not change it. It would be easier for me to think only of the present, and then those who brought me here must evaluate me. I know exactly where he club wants to go and I’m working only for this. A club must be stable in the present but also in the future. The only thing needed is time. I think we had a great season last year, and I want to keep working, always thinking about what the club wants.

(To Monchi) After the Malcom affair, another purchase might not ignite supporters’ dreams?
Back in January, everyone was talking about the youngster Ünder taken by that poor sporting director at Roma. Today at the press conference, if I say I’m thinking of selling Ünder, I would not arrive back in Rome because they would beat me. Things change in football. Malcom is very strong, maybe when and if I take another player the name itself may not create excitement. Many of those who say that Malcom is very strong 10 days ago said he was not strong, I guarantee you 100%.

(To Monchi) Is it possible that the money is not reinvested?
Nobody knows, we know the numbers, not the reality. We can take a player by paying €15 million immediately or €30 in six years for him. We are looking for a sporting and economic profile. It is my form of working and I do not change this. The numbers are important, I do not work only for the president but for the future of the club. We are looking for strong sporting and affordable profiles for the club. I was lucky when I did this in my life to win. Here I’m trying to do the same thing.