More World Cup distractions for Roma ahead of Serie A restart 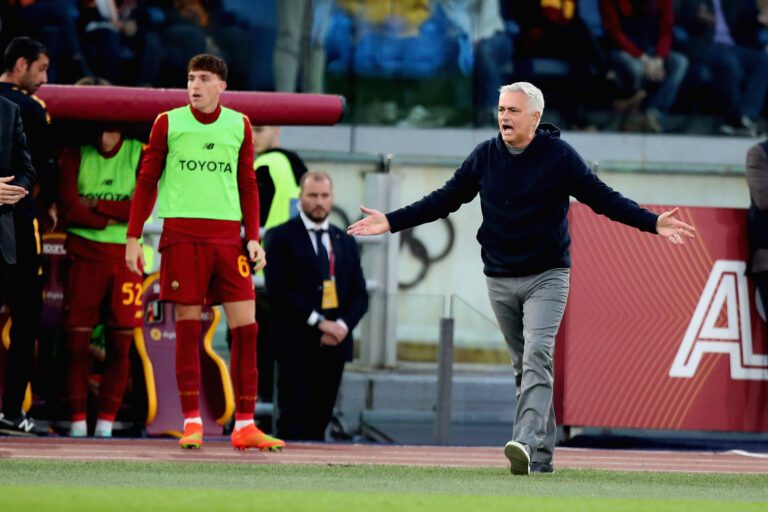 Italy may not have qualified for the 2022 Qatar World Cup, but it’s fair to say the competition is having more than its fair share of impact on Roma’s current season.

Paulo Dybala has been away for some weeks now and has barely kicked a ball, while stories have started to emerge that Portugal have approached Roma boss Jose Mourinho about the possibility of taking over as head coach of the Portuguese national team.

When it comes to Paulo Dybala, one thing for sure is he’s not going to come back to Rome overworked. He didn’t kick a ball for the Argentines before their semi-final win, and unlike his compatriot, Lionel Messi, Dybala never featured amongst the betting favourites in the World Cup 2022 golden boot odds. Messi, supported by Inter Milan’s Lautaro Martinez shared most of the striking duties in the early matches for the current Copa America champions, helping Messi to feature strongly alongside AC Milan’s Olivier Giroud in the betting to score the most goals in Qatar.

But will Dybala’s lack of game time be a help or a hindrance when he finally gets back to Italy? The striker has already missed a chunk of the current season, and only came back from a month-long layoff when he came on as an 86th-minute substitute in Roma’s against Torino, in what was Roma’s last match before the mid-season break.

Official, confirmed. Paulo Dybala has joined AS Roma on free transfer with contract valid until June 2025 that will also include a release clause. 🟡🔴🤝 #ASRoma

José Mourinho has been key factor to complete this huge signing for Roma. pic.twitter.com/ZoXSSxmndi

Will another month without competitive action be of use to Dybala? If nothing else, he should have fully recovered from his injury. But match fitness and sharpness are likely to be an issue when Roma takes on Bologna in the opening week of the new year.

Mourinho linked with the Portugal job

If that’s not enough for Roma to have to contend with, it has now been reported that Jose Mourinho has been contacted with a view to managing the Portuguese national team. Fernando Santos committed the cardinal sin of falling out with Cristiano Ronaldo. If you do that, and then don’t produce the goods on the pitch, the outcome is obvious.

Early indications are that the approach was with a view to doing the Portugal job alongside his work in Rome. It’s highly unlikely that Dan Friedkin would accept such a deal, it would surely be too much to do both jobs to maximum ability.

It’s nothing new for Mourinho to be linked with his national job though. He’s been linked with the job before and the speculation always seems to be there when there is a vacancy, or doubt over the current incumbent.

🖐🏆 Roma coach José Mourinho secured his fifth major UEFA trophy as his side became the first winners of the @EuropaCnFLeague last night!

So far, the multiple trophy winner has stuck to club football, and despite saying managing Portugal is something he would like to do towards the end of his managerial career, there is no suggestion that Mourinho is as yet considering winding down his club career. But nevertheless, it’s unsettling speculation that the club could do without as it looks towards the resumption of the 2022/23 season.

Roma will be hoping Mourinho and Dybala are unaffected by these events as they contend for the Serie A title.