Mourinho after late draw vs Napoli: “My team was fantastic tonight.” 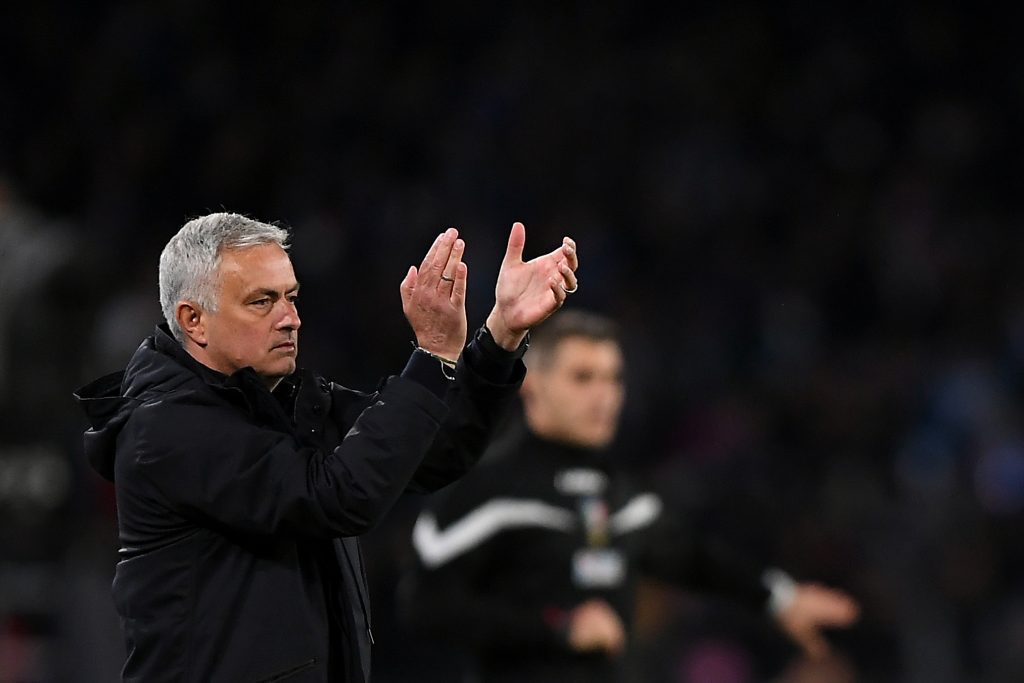 Roma manager Jose Mourinho was proud of his side’s efforts in tonight’s big match at the Diego Armando Maradona Stadium in Naples as the Giallorossi walk off the pitch with a late equalizer by Stephan El Shaarawy.

“I celebrated the way I did after the goal because at that point I thought it was impossible to come away from this match with a positive result,”Mourinho said in his post-match interview with DAZN.

“My team played very a great game tonight, they grew as the match went on. But I had the feeling that it was very difficult, almost impossible to come away with a positive result.”

“I think my team was fantastic. After Thursday’s game, the boys turned their attention to this match, playing this match was a bit like climbing Mount Everest.”

“Great personality from us, absolutely incredible physical and mental condition. We wanted more from it.”

When asked about Mkhitaryan’s impact in the second half, he said, “That’s why he always plays. He’s a player who is never disqualified, never injured. Today we thought that 90 minutes, almost 12 and a half kilometers as he’s used to would tough.”

“Yesterday Leicester played with 9 different players. This is hard for us in the long run.”

“But once again – fantastic team, I immediately understood that we had the right feeling for this match. I’m extremely proud of these guys.”

“If you give me two seconds without saying too much, there are some teams that want to win the Scudetto. We have the right to play to win. We did not have this right today. I also read in the newspapers that the league is decided whether a referee is wrong or not wrong with the top three. Today it seemed like it was impossible for us to win.”

“I don’t want to talk too much. Mr. Di Paolo, Mr. Di Bello… At times I felt ashamed of being there on the pitch.”

“Let me point out three episodes: red to Zanoli. The first one is yellow, the second one is also yellow.”

“Another one – penalty not whistled on Zaniolo. Meret first takes the ball, then there is contact. But, as you saw, we got nothing from it. There is more. That’s enough for me. I want a little respect, that’s all.”

Matchday 37: Roma-Venezia Preview
| 13 May, 2022
Istvan Kovacs appointed referee for Conference League final between Roma and Feyenoord
| 13 May, 2022
After 5 year absence, Roma's Rick Karsdorp called up by Dutch national team
| 13 May, 2022