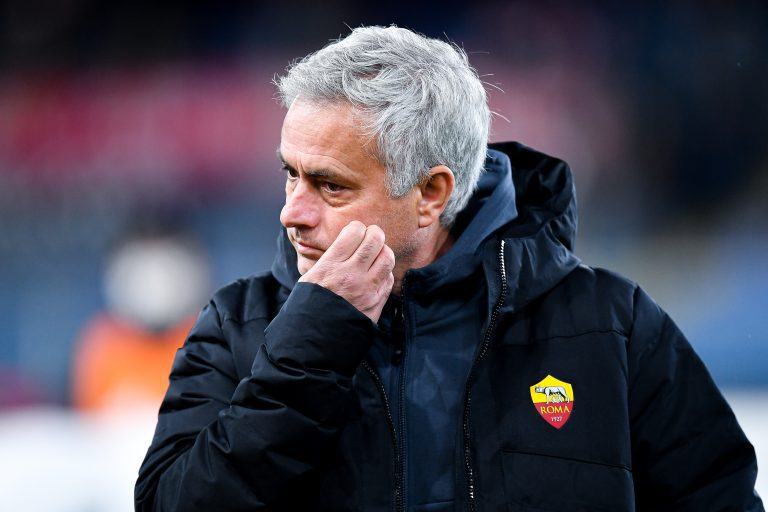 Jose Mourinho came away victorious from the Marassi stadium after a 0-2 win for Roma. The Special One gave an interview to DAZN analyzing Roma’s performance.

On Felix hugging him after scoring the opening goal:

“I had promised to buy him some shoes that cost a lot in case he scored, 800 euros, I can’t say the brand. And he came to tell me not to forget it.”

“Tomorrow morning I will buy them, then in the afternoon the Primavera will play and I am sorry for Mr. De Rossi but Felix will not play with them.”

On the tough first half:

“First half blocked but with quality of play and domination, there was no verticality, but we were always in control and in possession of the ball.”

“Many of our guys played well today, but Mkhitaryan played a fantastic game in that role. In the second half they played even more in their own half and there was less space.”

On what stood out the most in Felix when he played with the Primavera:

“The Primavera work close to us in training, we don’t have many natural fields and this is a handicap for growth.”

“He has been coming to us since the beginning of the season. I was impressed by his determination in front of goal, he is not technically a phenomenon but he is deadly in front of goal.”

“I was also struck by his humility. Sometimes in the new generations you meet guys who have no humility and think they know everything, instead he ‘eats up’ everything and has a fantastic sense of development.”

“I’m sorry for Mr. De Rossi but I am sure he will also be happy for the boy.”

On the team’s offensive phase:

“Felix changes the dynamic of the game when he enters, he finds a team that has ran a lot and is tired.”

Tammy and Shomurodov even without creating a lot and scoring created numerous chances. Karsdorp played very very well. El Shaarawy made a tremendous effort to adapt because he is a pure winger.”

“This guy, Felix, has intensity, he brought a different intensity to the team, he gives the team another gear.”

“I thought we could win, the thought of a draw was concrete and it would have been frustrating not to win but still I had positive feelings. Against Venezia we also had a good match, but we came from a series of difficult results and I think the players felt the pressure too.”