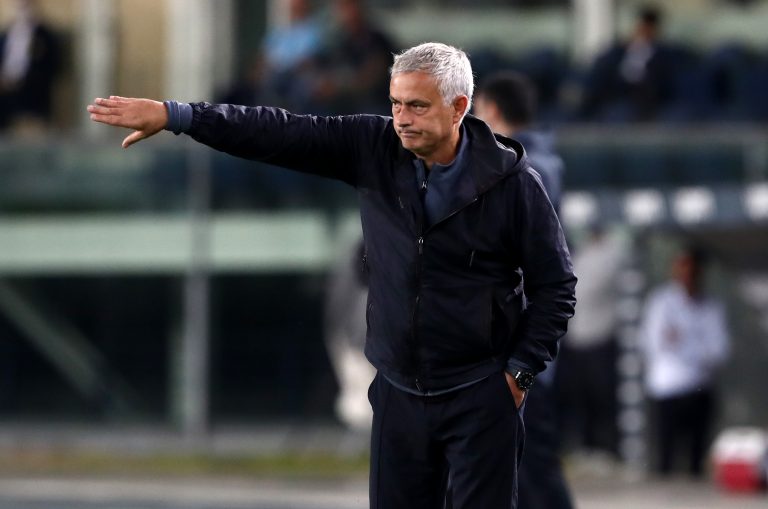 Jose Mourinho addressed the media ahead of tomorrow’s Conference League clash in Norway against Bodo/Glimt.

On rotating the line-up:

“Yes, it is tough. Obviously the synthetic field, the harsh climate, with a 4-hour journey make it difficult. Then a game on Sunday and two days later Cagliari, and then Serie A again. It’s difficult and we don’t have many players, some have small problems. We have to do rotations. It’s the way things are.”

On playing on a synthetic field:

“It is a huge difference. We respect the conditions of the climate, which is very difficult. In Nordic countries with difficult climates, it’s normal. No criticism.”

“Players with a history of injuries like Zaniolo and Karsdorp cannot risk on an artificial pitch in these conditions. OK the field, oK the climate, but I want to clarify that I am happy to be here. I’ve played a lot of European matches, but I’ve never been to Norway in a beautiful place like this, with people in love with football.”

“It may not be a great match, but it’s nice to have this emotion of these UEFA matches. I hope tomorrow will be good for everyone.”

On what caught his eye watching Bodo play:

“Analyzing the team, for some reason they have 4 points. They are the toughest team in the group. They are well organized, they have their own playing principles. Here in this situation it will be a tough race for us.”

On his reaction following the loss to Juve:

“After the game I analyzed the team’s performance. I didn’t want to analyze the referee’s performance. I am happy that I remained silent because later in the coldness and tranquility if I have to talk about my team and my players again, it will only be to repeat what I said.”

“It is not a game to forget, but to remember the attitude. I want to see that same attitude in future matches against the big teams.”

“I’m glad I didn’t say anything about how the referee directed the game because at that moment the focus was on the penalty-kick but then analyzing the game there is a lot to say. I am happy not to say anything. I want to continue in this direction.”

On what must change in order for Roma to take the next step:

“The six points we have with two games left to play in Rome give us some peace of mind, but I want to play tomorrow trying to forget this.”

“There is a game to play and to win. We won’t make 11 changes, someone will. We have 5 changes on the bench in Serie A that can change games, I don’t have this privilege in the league but I have it in the Conference. We worked yesterday and today on the structure of who will play tomorrow.”

“We analyzed the opponents, they have more quality than the other opponents. It is a very difficult match for us.”

” He can make it for Napoli. He is a boy with an injury history to consider, he has suffered a lot and is in his first season after this great suffering. This is why his fears and his moments of uncertainty must be respected. When this is the case, it is best to rest and stay at home.”

“It is not good when you’ve injured your ACL twice to play in these conditions, even for Karsdorp. But there should be no problem for the match against Napoli.”