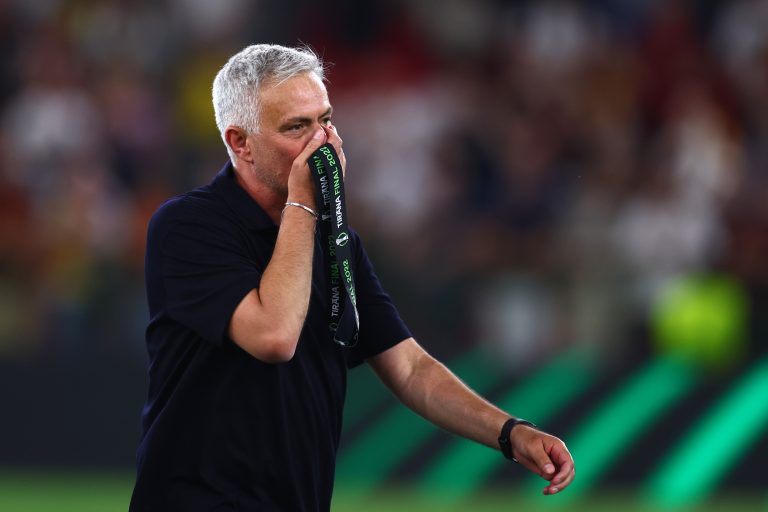 Roma manager Jose Mourinho was recently asked to give a lecture as part of the High Performance Football Coaching course. The Special One discussed several themes related to his footballing career. Parts of this lecture were transcribed and released by Portuguese outlet Tribuna Expresso.

“Semifinals or finals are not a special moment in terms of preparation, the coach cannot claim to be the best on the pitch in a final,” Mourinho told his students. “You can’t put extra pressure on your players and force them to do things they’re not used to, you have to let them do what they feel like doing.”

Then, the Portuguese boss talked about the importance of adapting to the environment and the players at one’s disposal.

“When you are at a club that has no budget limits and you can buy whoever you want, you can keep the same formation because you have the best players and the best bench, which allows you to always play with the same quality and the same principles. If you are not at such a club, in my opinion it is simply impossible to make such kind of arguments.”

“You have to adapt every day. In our case, when one day four or five key players change, everything changes. You don’t work with footballers, but with men who play football. So empathy is essential in your everyday work.”

“We are in a period of football in which everyone is trying to find the ‘perfect recipe’, some think that the secret is tactical innovation or doing something new in training,” continued Mourinho.

“One of the best strikers in the world, Eto’o, played as a full-back against Barcelona: this only happens when there is empathy between coach and players.”

“Without empathy there is no happiness, especially when you don’t have incredible players. The human relationship is, and always will be, fundamental. If you are in a normal club, don’t be obsessed with tactics and methodology, work on empathy instead.”