Mourinho following Salernitana clash: “It was impossible not to win.” 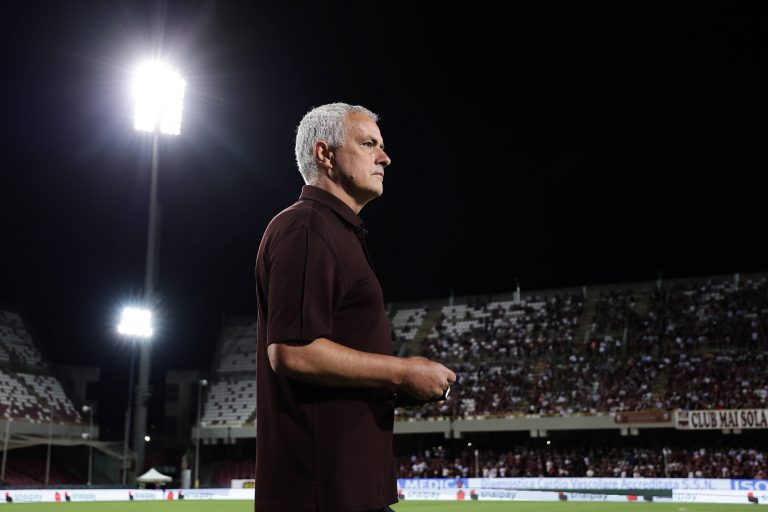 “It was impossible not to win. From the first minute I was calm, the team played really well, I told them that against Fiorentina it was 1-0 for us and that with one more man for us I was worried, but today I was super calm.”

“The team dominated throughout the entire match. We played high, we pressed, we didn’t concede anything. We controlled everything and with the ball they did everything they had to do, we tired them out, we looked for open spaces and we tried the dynamics we trained on yesterday.”

“The team played really well, that’s why I was super calm and I’m happy that Pellegrini thinks I got this message across.”

On carrying over the calm he felt from the very first at Roma to official games:

“I don’t want time and finish 7-8 in the standings. I want time, but speed up the process a little bit if possible. I would like to have more quality and experience on the bench, because there will come a time when we will need more quality not only in the team on the pitch, but in the whole squad and obviously there are richer squads than ours.”

“But I enjoy working with them. Against the most important teams we will play to win, maybe we will lose some, but I don’t want to change the mentality of the team because we play against strong teams. Little by little.”

On Cristante’s leadership in the middle of the pitch:

“The team is fine and Cristante is fine. He is the type of player that I like to use to give balance to the rest of the team.”

“Today he played a little more behind, because we knew that their construction was always wide, even with Simy on the bench and for this reason it was important that Cristante was there, ahead of Mancini and Ibanez. Afterwards, Pellegrini with Veretout lowered a bit.”

“We really dominated the game, after the 2-0 Cristante freed himself a little more. The team interpreted the moments of the match well, I liked it.”

On managers like Allegri, Sarri and himself returning to Serie A and whether coaches make the difference over players:

“The players are more important than us, without them it is difficult. I’m happy to come back and find a new generation of coaches, I’m waiting for Don Claudio, maybe Antonio thinks differently. Me, Allegri and Sarri are back and I think maybe it can also be nice for the new generation, who have positive ideas. But surely the players are more important.”