Mourinho reacts to red card in Roma’s draw with Torino 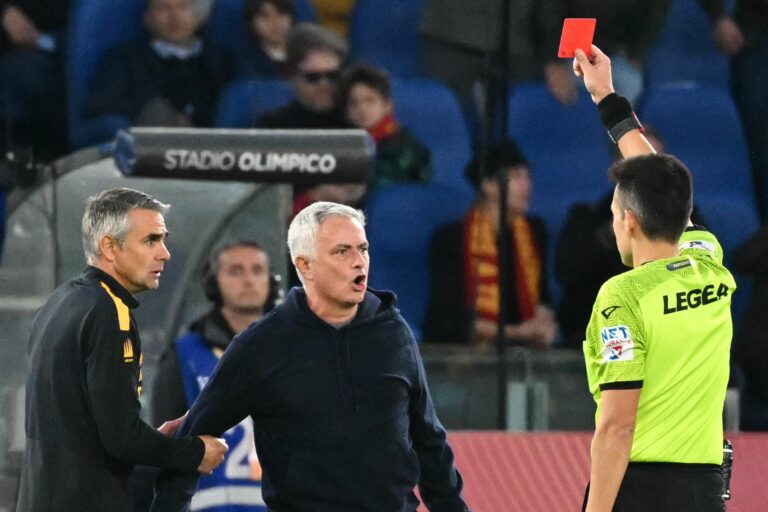 Roma manager Jose Mourinho was expelled from this afternoon’s match at the 89th minute following a red card from today’s match official.

The Special One was then interviewed briefly at full time by DAZN, where he ultimately agreed with the referee’s decision.

“I deserved the red card for the things I told the referee in the heat of the moment,” Mourinho admitted. “I spoke to him after the game and apologized but I don’t want to talk about his performance today. I leave it to you to comment on it.”

“That is also why I don’t want to talk about the game. The game you could have won was not the game that you saw at the end.”

“There are two games we can talk about today: one that ends at the 70th minute where the fans wanted to leave. And then the last twenty minutes, where we created perhaps more than in the last 4-5 games combined. Why? It’s simple, Dybala came on.”

“We are a limited team. When a player like Dybala doesn’t play it’s different. Look at how many points we have with Dybala on the pitch.”

“There are teams that have wonderful players. We have to play with what we have. Right now we have players who are performing on a very low level.”

“We must rest now and then prepare a second training camp. This will be a moment for players and the team to reflect and be self-critical.”

“Despite these problems, we remain united,” he continued. “We’ve got team spirit. Usually a team that misses a penalty at the 92nd minute of the match is dead in the water. Not us. We kept going.”

“I refer to those final twenty minutes as the minutes of hope of having both Pellegrini and Dybala together on the pitch. Tahirovic came on in a moment of great pressure. I was hoping he would not disappoint. And he didn’t, he did very well and that’s the club’s merit. We don’t have millions and millions to spend, but we work together all the time.”

“Belotti’s miss? He wasn’t supposed to take the penalty. I can’t reveal who should have taken it. It’s something that can happen. What I can’t stomach is instances of psychological fragility. Belotti had the courage to take it.” 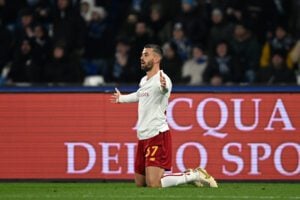