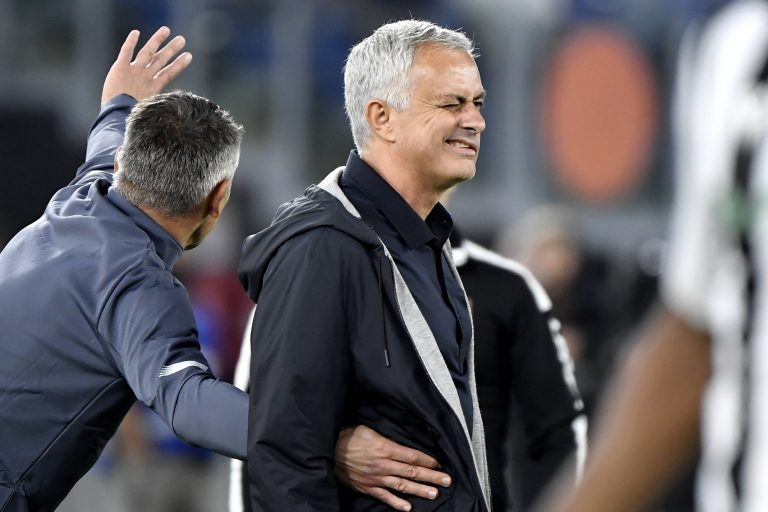 Jose Mourinho sat down to address the media ahead of the highly anticipated derby against Lazio on Sunday.

On managing a career total of 119 derbies and how he is going to approach this one:

“Only you know the numbers, I don’t know them. Even the numbers on the thousand managed games I knew thanks to the press.”

“Derbies are all good games to play, which worry a coach. Because you don’t have to motivate, you don’t have to be careful with more or less concentrated players. They are nice to play and to prepare. There are no such problems. Maybe there are some concerns against Udinese. But in the derby the people are 100% in the game.”

“In this sense it is nice to play and prepare. I expect from my team to play to win, perhaps we can’t always win, on the other side there is a team with the same ambitions as us, but we want to win and when we don’t win I want to leave the field with the feeling that the boys have given everything.”

On whether this type of match is important for him:

On whether the derby counts more than three points:

“No. I respect Zeman and Rudi Garcia but I don’t want to comment on their words or say that I identify more with one or the other. It is more important to play than to talk.”

“Words can go to the wind. Why speak? This is what experience tells me. The hour of truth is there, here it is out of respect for you, words are ultimately a matter of circumstances. Tomorrow, we’re in it from the first minute.”

On whether there is a player who has similar characteristics to Lorenzo Pellegrini:

“I could also say that this match tomorrow started at the 90th minute against Udinese. Having Pellegrini is one thing, not having him is another. He has leadership and leads the team, as a captain he does well. But he won’t be there.”

“Your question is about who plays or doesn’t play. But I’m not telling you. Very honestly I don’t comment because I won’t say it.”

On the rapport with the fans:

“What struck me most was how people behaved before Udinese and after the defeat, how close they were to us. This made me understand that there is empathy between club and fans. After the victory, empathy is sometimes artificial, it goes away with a negative result.”

“Instead we lost without playing well and as a coach in delicate moments of the match, that’s where you feel this empathy. The fans deserve everything from us. But the guys also deserve everything from them and it’s palpable. The guys in every minute on the pitch, playing well or badly, are respecting the passion that people have. With 100% certainty I can tell you the fans will feel tomorrow that the team will play out of professionalism but also for their passion.”

On whether he has changed over the years from a character standpoint:

“Tell me a reason why in these two months I should have gotten into a fight. That moment still hasn’t arrived. The only thing that gave me a negative feeling was Pellegrini’s red card.”

“What am I doing? Am I going to fight with the referee who sends me off so I’m not on the bench tomorrow? You have to control the frustration. When the situation comes it will come. But I don’t have to look for it. I respect people and people respect me. There is no reason to argue with anyone.”