Pau Lopez: “It’s nice to return to Trigoria. In Italy, we can learn from the Bundesliga for how football can return”. 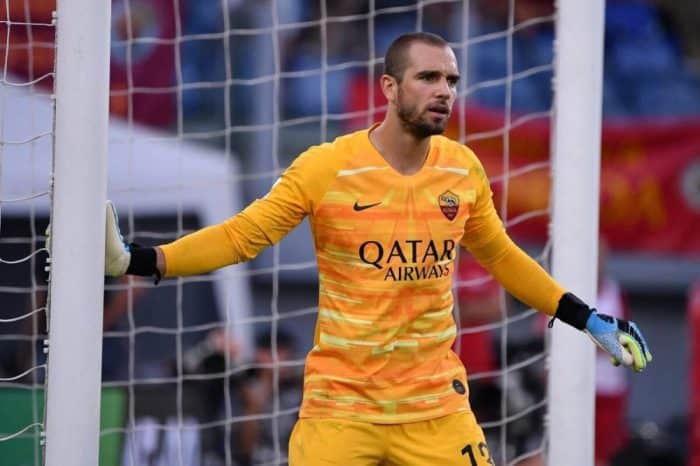 Roma goalkeeper Pau Lopez released an interview to the club’s official Instagram page today. Here’s what the Spaniard had to say:

What was it like getting back to work?
After such a long time, it’s nice to return to Trigoria, but what we have to do is different than before. We put on our training gear then go directly to the pitch. We always have masks on when we see each other and we’re following all of the protocols.

In this situation, what kind of job do you goalkeepers do?
The team is divided into three groups, consisting of 4 players. Each pitch has four players on it and we’re split two and two. While one does his work the other is farther away from him. Savorani is using a mask and gloves when he’s around us.

What is your thought on the season restarting?
I make a bit of a comparison with what is happening with retail: on the 18th of May, they reopen. On 1 June, the restaurants reopen. I think it’s time for us to starting living with this — not just us footballers, but everyday people, too. They have families: they need to eat and feed their families. It’s no different for the players but also the people working behind the scenes at the club. These two months can be used to improve the next season. We can learn to take measures to reduce the risks.

The Bundesliga is restarting next week and we can learn from them by starting one month later. We can play safely and learn how to do things. We have to learn.

You speak Italian very well.
I’m lucky, it’s similar to Spanish and Catalan. As soon as I arrived I studied for two months, which helped me a lot. Fortunately I speak it quite well.

How do you feel about Mirante and Fuzato?
They’re great — two of the best teammates I’ve ever had. Mirante has helped me from the start and has always done so with a smile. He’s important for all of us.

What is it like to live in Italy?
Italy is similar to Spain. Here in Rome you can find everything you want, the food is incredible. The city is very beautiful.

What are the differences between Spanish and Italian football?
Football here is a little more tactical. My problem is that I didn’t follow Italian football very much. I am lucky to be at a big club that’s always fighting to win. We feel the pressure of every match. The leagues are similar, but this one is more tactical.