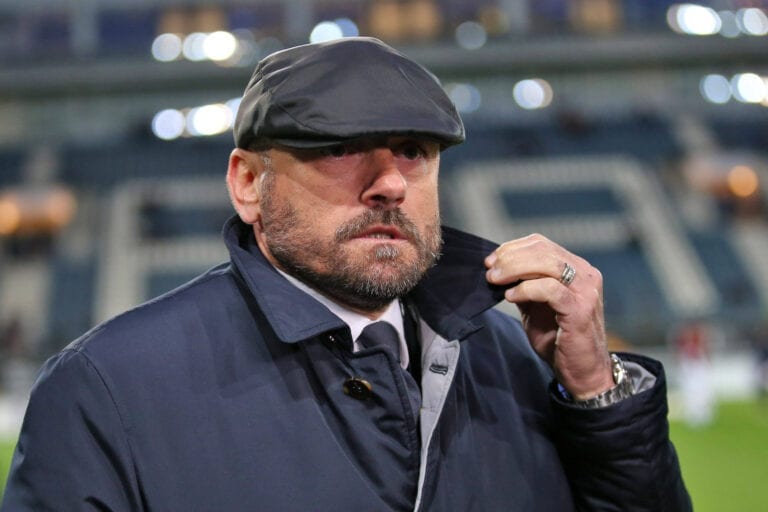 Former Roma sporting director Gianluca Petrachi appeared on Radio Radio early this evening and gave a lengthy and detailed interview behind his arrival and his eventual sacking at the club in June.

The 51 year-old joined the Giallorossi in June of 2019 but lasted only one year on the job after he was eventually sacked by the club after a spat with former president James Pallotta.

“I was mortified with what happened at Roma,” began Petrachi.

“I arrived with a lot of enthusiasm, which I think everyone could notice, because I believed a lot in the project at the club and what I was told”.

He continued, “Everyone forgets that I had a huge falling out with (Torino president) Urbano Cairo just so that I could go to Roma. I cared a lot about coming to the club because I thought I could change things, but I think there are bigger problems”.

“For the first six months, they supported me and we got things done. Up until December-January I did a lot o things to help the club. I tried to impose a level of discipline and professionalism at the club — I tried to make it clear that in order to be successful, you have to start with a good foundation by doing the basics”.

“But there was never any structure or compactness at the club. I tried to unite and create a bond, a group, but this never happened. We had people talking behind one another’s back, this was the general situation”.

“The important thing is that there is compactness: when someone actively creates confusion, I push people away. If a club can’t give me strength, then I lose”.

Petrachi then discussed his relationship with former president James Pallotta, who left the club in August after having sold Roma to The Friedkin Group.

“I began to feel like I was on my own. At one point, I even asked my point-of-contact person if the President was happy with what we were doing. I don’t speak English well and never had direct communication with the President except on 2 or 3 occasions”.

“At Christmas, I sent Pallotta a message — we were fully in the fight for a Champions League place but he never responded to me. I was upset by this and I started to wonder if something happened”.

“At that moment, I realised that they were starting to dig my grave — they were subtly trying to destroy me”.

“I was hoping Pallotta would call me but he didn’t, I just went on my way and tried to make the changes that I could, but there were certain things they wouldn’t allow me to do”.

“Right then I realised that the season must end so that I’m able to look these people in the face and reiterate: we either do thing my way or you’ll have to send me away”.

Petrachi, again, expressed his concern with that lack of communication there was at the club.

“There’s quite a sick system in place in Rome where everybody thinks they have news — so I had to put a stop to this hemorrhaging. Everywhere I’ve worked, I’ve never spoken to journalists of the record or met with them for a cup of coffee,” he stated.

“I have always been quiet and calm in press conferences, perhaps I said a few bad words, but it was easier to bring me down because the entire system wanted Petrachi gone”.

“The club should have defended me when all the journalists were enjoying themselves and swearing to me that they would destroy me. I thought the club would protect me”.

Finally, Petrachi address the infamous WhatsApp message that he sent to Pallotta, which ultimately was the cause for his sacking, as well as some of the operations he did on the transfer market.

“The message I sent to Pallotta wasn’t mean or nasty, only confrontational. I didn’t offend him, I have respect for him — all I wanted was to ask for help. Come on, come help me and protect me: I’m working for you, help me out. I want to change something that has been said, which is that I didn’t work well in Rome: the world of football doesn’t work well in Rome”.

“As for the transfer market, I was free to make the decisions. Franco Baldini never forced me to do anything. I don’t know what the discussions were between he and Pallotta, but the transfer market was never the problem — it was everything else”.

“Pau Lopez? For me, he’s a good goalkeeper. He was very strong up until the Derby then something happened in his mind. As a goalkeeper you’ve got to be mentally strong”.

“Would I go back to Roma with the new owners? Yes, perhaps I could go there and see what I could change. One more thing: it was said that the players didn’t love me and that we didn’t get on. I don’t need the players to love me, they should love their wives. They had respect for me and we realised what we were building together”.

“When I talked to Walter Sabatini about Roma, he told how much of an impression the city and club will leave on you: it will stay with you. At some point, I’ll return — whoever goes there must have the strength to want to change things. Even Capello has said it before: you need a strong club behind you, otherwise you can’t win”.

“I tried to protect the group and the project, which was important. If I speak to Zaniolo, someone who I had to grab by the ear a few times, I only did it to help him. It’s like the stick and the carrot”.