Pinto backs Mourinho ahead of Cagliari-Roma 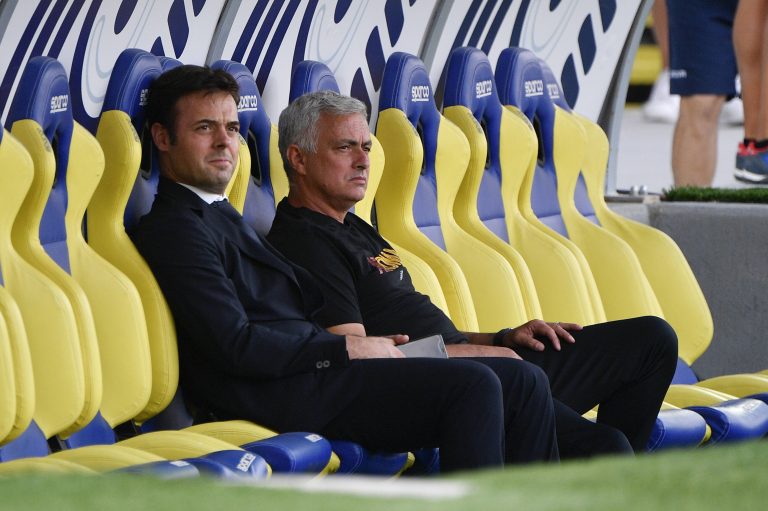 GM Tiago Pinto released a brief interview to DAZN ahead of tonight’s away match against Cagliari.

“We know we have played two important matches with Juve and Napoli.”

“There has been a lot of talk about the defeat at Bodo, there is nothing to say but to apologize. It was a bad moment for the history of Roma and also our personal one.”

“We could have had more points with Juve and Napoli, what we saw in those games was good. Today we want to win and move forward. We want to play well, but the points are more important.”

On Mourinho’s words following the Bodo loss and the decision to exclude several players from the call-up list:

“I want to say 3 simple things: it would be good to do interviews also with the agents of the boys for whom it is a pleasure to work with Mourinho, we want to create a path for them.”

“We have a tendency to see the negative, there is another side of the story. Then I like the agents who want to solve the problem, I’m sorry because he (Diawara’s agent, ed) has always been kind to me, but this is not good for anyone. Amadou has nothing to do with it, he’s a great professional and a good guy, he trains well, plays when the coach decides and doesn’t play when the coach decides, he didn’t need this publicity which in my opinion makes no sense.”

“Kumbulla has rejoined the team. For us there is no controversy, it is a choice of the coach that the club protects and supports. Let’s go ahead with those who are here and, as he said, let’s start from scratch. They are Roma players and we will see from game to game.”

On what to expect from the January transfer window:

“There is a lot of talk about the market, but we have 2-3 months of work ahead of us.”

“My job is also to work with the coach and the team during these months, we’ll see in January.”

“We know what the team needs, what we need to do and the economic context of the market. But it’s too early to talk about January, we need to focus on the matches.”