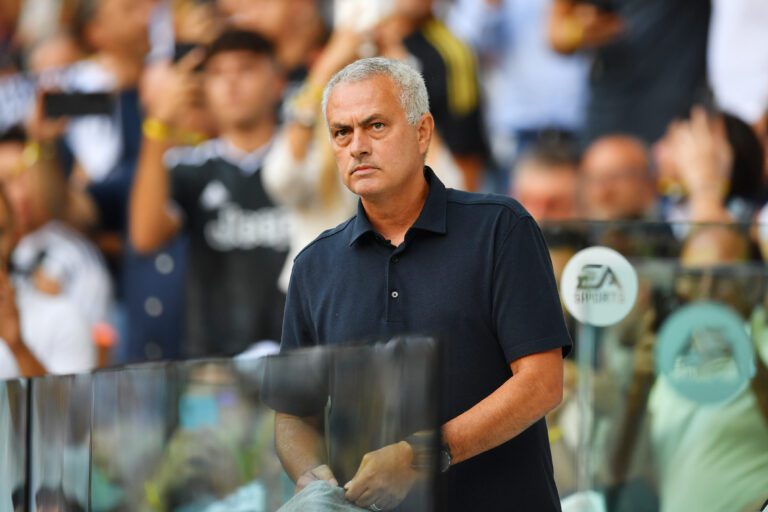 After losing to Morocco in the World Cup quarter-finals last month, Fernando Santos resigned as Portugal’s manager, and the team is now looking for a replacement.

Several candidates have been mentioned, and Mourinho is one of them. After Tite resigned as Brazil’s coach, the 59-year-old was also mentioned as a prospective replacement.

Pinto, though, anticipates that the Portuguese player will see out the remainder of the deal that keeps him at Stadio Olimpico through the 2023–2024 season.

“You have to be used to rumors when you hire a coach like Mourinho,” he remarked.

“For the first time in over a year and a half, a team or league showed interest in signing him. At our training camp in the Algarve, nothing could divert us from our duties. We count on him moving forward. I am Portuguese, and every time we change coach, Mourinho is referenced.”

However, following only one victory in their previous five games, Roma finds themselves in a tough spot in seventh place in Serie A heading into Thursday’s meeting against Bologna.

Footballers’ union FIFPRO has lately criticized Mourinho and Roma for their “mobbing campaign” against defensive back Rick Karsdorp.

Mourinho called the defender a “traitor” for his unprofessional behavior following the 1-1 draw with Sassuolo in November, though he did not name the player by name.

However, Pinto has sided with Mourinho and said Karsdorp would be sold during the upcoming January transfer window.

Pinto added that the player’s absence from training and the trip to Japan constituted “severe professional misconduct” in light of what Sassuolo and Mourinho had revealed.

We could steer clear of any public backlash by handling everything behind the scenes with the player’s crew. It’s good to have Ricky back; he’s been practicing and playing. However, FIFPRO stated without consulting Roma beforehand. Despite missing two practices, Karsdorp has never been kicked off the team.

The finest version of Karsdorp, who started 60 games in 18 months under Mourinho, has been forgotten, but these things happen in sports.

We can take criticism, but I won’t stand for a player who takes advantage of the situation to hurt Roma.

He’s available, but you’ll never get rid of him cheaply. If he leaves, we’ll need to find a method to maintain team equilibrium, and it might not involve bringing in a replacement fullback.

If you’re looking for more news and updates or to watch Roma live, you can always opt to check eSports websites with Canadian no deposit bonus offers.