Serie A Standouts from the 2022 World Cup 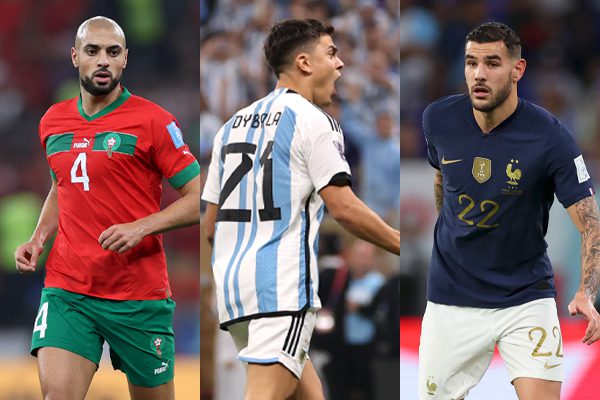 The 2022 edition of the FIFA World Cup is officially in the books with Argentina outlasting France in penalties. In one of the most entertaining finals of the tournament’s history, Leo Messi & Co. secured the country’s World Cup title since 1986 despite blowing a two-goal lead.

Serie A was well represented in Sunday’s final with the likes of Angel Di Maria, Paulo Dybala, Leandro Paredes, and Lautaro Martinez all featuring versus France. Italy’s top flight made a good impression of itself throughout the tournament in Qatar, several players standing out for their respective national teams.

Fans now being the long wait for Serie A to resume play after the new year on January 4th. If you’re one of the many that enjoys betting on all the action throughout Italy’s first tier, useful sources such as ProTipster can help you gain an extra edge.

But with the World Cup now complete, let’s review a few of those who represented Serie A well and stood out in Qatar.

The Fiorentina midfielder led Morocco’s incredible run into the semi-finals where they were defeated by France.

Sitting in the heart of midfield, he started in all seven matches for Walid Regragui’s side and finished the tournament with the fourth most tackles. He was tasked with an abundance of attacking and defensive duties and was one of the many reasons the team earned a fourth-placed finish.

The AC Milan veteran and French international continued his incredible run of form in Qatar, ending as the tournament’s third highest goalscorer.

The 36 year-old tallied 4 goals in 6 matches, finishing behind only Lionel Messi and compatriot Kylian Mbappe. However, Giroud couldn’t find the back of the net in Sunday’s final against Argentina, being substituted late in the first half.

Another veteran standout, the former Roma and current Juventus shot-stopper helped lead Poland into the Round of 16 after finishing second in one of the tournament’s most difficult groups that included Argentina, Mexico, and Saudi Arabia.

Szczesny averaged 6 saves per match and made a total of 15 saves in his own penalty area.

France boss Didier Deschamps tabbed the Milan man to be his team’s first choice left back in Qatar. The former Real Madrid prospect firmly established himself as one of the best in his role after an impressive showing throughout the World Cup.

He finished the tournament with 2 assists, 2 big chances created, and averaged 1.8 key passes per match.