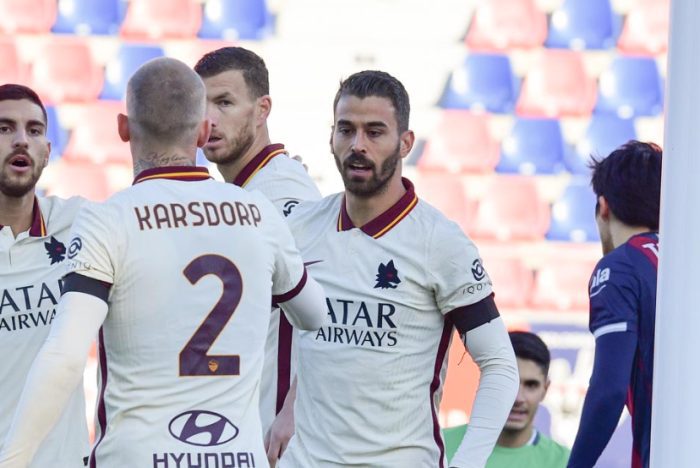 Following another strong performance today in Roma’s victory over Bologna, defender Leonardo Spinazzola credited a portion of his rebirth in the Italian capital to a curious source.

During a post-match interview, the Italian proclaimed that he has been able to overcome the numerous muscle injuries that he dealt with last year thanks to, in part, switching to a new dentist.

It may seem like an odd explanation, but there has been a long-established correlation between teeth alignment and jaw posture with muscle injuries.

Dr. Daniele Puzzilli, the dentist who began to treat Spinazzola in January, explained in an interview to Gianluca Di Marzio about how he has been able to help reduce the player’s muscle injuries by realigning his teeth.

“First, I must admit that I wasn’t watching the television when Leo talked about me — but as soon as he did my phone started ringing,” he said.

”In fact, he came in for a follow-up exam on his bite two days ago. He first started seeing me in January after several Roma players informed him that I was treating them, too. He wanted to know if there was a correlation between his mouth and the muscle injuries he kept suffering.”

He continued, “After we did some scans, I found that he was suffering from dental occlusion — his teeth were misaligned and were causing problems with his posture: this led to an alteration in his performance, an alteration in strength and a predisposition to muscle injuries.”

“For almost a year now, Leo has been wearing a mouthpiece at night and during training to help with his inferior arch. To make it simple: it helps realign the muscles and restores muscle symmetry and muscle synchrony.”

He concluded, ”In a normal patient, this treatment brings improved wellbeing while in a professional athlete like Leonardo, it can lead to improved performances and eliminate the risk of muscle injuries.”