Tammy Abraham presented: “I’m not only here to score goals and help the team, but also to win trophies.” 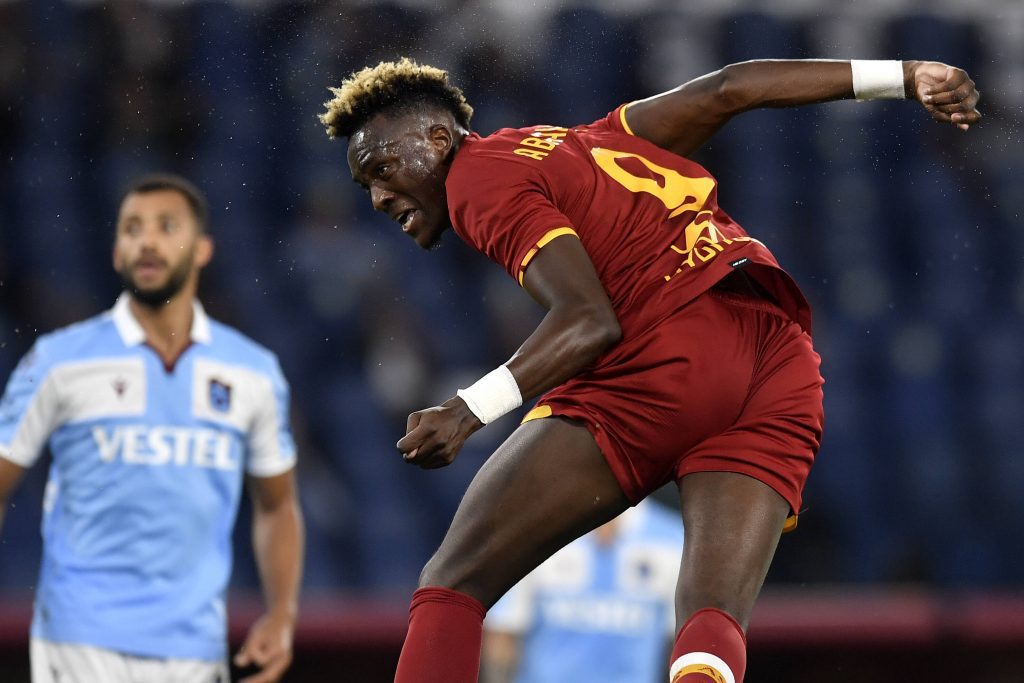 Tammy Abraham spoke for the first time as a Roma player. The 23-year-old addressed the media today and detailed his ambitions with Roma, his relationship with Mourinho and more.

How important was Mourinho when it came to your decision? Do you think Roma are already capable of winning a trophy like the Conference League?

“That’s a good question. I spoke with Mourinho and Tiago Pinto. They explained to me the ambition and vision of the club. I’m also ambitious and I believe in a vision when I see one. I’m here not only to score goals and help the team, but also to win trophies.”

“The Conference League is an important competition. We’re focused game after game.”

Do you like to play as a lone striker or do you think you can play alongside another attacker like Shomurodov?

“I wasn’t born a lone striker, I started as a right winger, and then I moved more centrally. This is another way of saying that I’m used to covering a number of positions, playing alongside different teammates with different gameplans.”

“I haven’t only played as the lone striker, I can do it and it depends on the formation and the players the managers chooses. It is up to me to do the best I can always whether it is by scoring goals, providing assists or simply helping the team.”

What’s your opinion on Serie A? What do English players think of it in terms of intensity and quality of play compared to the Premier League?

“In the Premier League, big teams playing smaller sides always dominate in possession and dictate the game. In Italy there’s more balance, I’ve learned to recognize here that teams are all good and well prepared.”

It must be difficult for an English player to leave the Premier League and come to Italy. It’s likely that you’re here because of Mourinho. What does he mean to you and how did he convince you to join Roma and how do you think he can help you improve?

“I want to stress that I’m not here only because of Mourinho. His presence was very important for my decision to come here, but I always followed Roma on TV, in international competitions and the Champions League. I knew the team I was joining, and I’ve known Roma since forever.”

“I was lucky enough to share the locker-room with Rudiger and Emerson Palmieri. Toni in particular always spoke very well of the club, and this also played a role in my decision.”

“The coach is ambitious. He puts a lot of passion into his job and he’s a winner. These are all things that I share with him. It’s a pleasure to unite with a manager like Mourinho in a club like Roma.”

What does it feel like to be included in a deal with the likes of Dzeko and Lukaku?

“I’ve always focused on the game of football. I’ve always tried to help the team I was playing for. When Roma approached me and expressed their interest in me, I focused on Roma and on my coming here and contributing to the team.”

“I’ll be wearing the number 9 shirt, which belonged to Edin Dzeko: a player that I’ve followed on TV as a teenager and someone who I’ve always admired. I respect him for what he’s done here, now it will be up to me to bridge that gap left by his departure. It’s a great responsibility to have but I’ve always believed in my capabilities and in myself.”

“Lukaku has returned to England, Dzeko’s fantastic. To have my name up there with them is an honor, but I’m still young with lots of room for improvement. This was an important step for me, but it’s only the beginning.”

“Since I have arrived here, the fans have been great with me and with my teammates. And this has helped me grow more comfortable and feel right at home. When you have fans like that you always want to give them joy and satisfaction. It’s been a tough time with Covid, which has forced fans to stay home. That’s why I want to play well and put in good performances. When I play for a team, and I get to wear the shirt, I like to play with all my heart, sweat and blood. I always want to leave a mark from the start.”