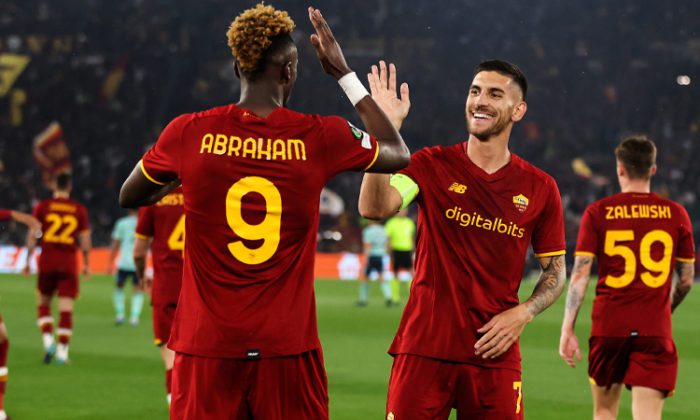 The arrival of Argentine playmaker Paulo Dybala at Roma has raised eyebrows throughout Serie A. His Juventus exit was expected, but many considered Inter to be a more likely destination for the 28-year-old if he was to prolong his stay in Italy. Such is the lure of playing under Jose Mourinho that the Giallorossi have been able to convince the enigmatic forward to sign a three-year deal at the Stadio Olimpico. His addition only enhances what looks like being one of the strongest Roma squads in many years.

It’s true that Roma have struggled to financially compete with the likes of Juve, Inter and even AC Milan in more recent years. Consequently, the Giallorossi have been forced to play on the periphery of the Serie A title fight for all too long. Yet there is a sense that the 2022/23 Roma squad could have the depth to help them compete on multiple fronts this term.

Mourinho is someone that has become increasingly aware of player fatigue. During his time at Tottenham, he was forced to make team selection sacrifices due to periods of fixture congestion, as Spurs battled to compete on three fronts. Mourinho even admitted defeat in Tottenham’s bid to win the Carabao Cup, conceding that the fixture schedule during the early part of the season was too much for his first-choice stars. After 12 months at the Roma helm, Mourinho appears to have been given the financial backing to build a squad that can cope with injuries and suspension throughout a gruelling domestic and continental campaign. The Giallorossi secured direct entry into the Europa League through their 2021/22 Serie A position, aside from winning last season’s inaugural Europa Conference League.

It all starts at the back. Roma are fortunate to have two impressive keepers in their ranks. Experienced Portuguese international Rui Patricio looks likely to continue as the Giallorossi’s number one, but Mile Svilar will be breathing down his neck. The Serbian international signed from Benfica this summer on a five-year deal.

In central defence, Mourinho has the luxury of six solid defenders, which would enable a 3-4-2-1 system to emerge. The likes of Chris Smalling and Roger Ibanez are nailed-on starters, while Gianluca Mancini has also been an imposing figure since joining permanently from Atalanta. On the bench, Roma have intriguing options in the form of rangy Albanian defender Marash Kumbulla and even Bryan Cristante, whose versatility has proven vital in recent years.

There’s also a solid base to work with in central midfield. Wily holding midfielder Nemanja Matic remains a first choice pick alongside skipper, Lorenzo Pellegrini. Pellegrini is at the heart of everything good about Mourinho’s Giallorossi at present. Wide man Leonardo Spinazzola and Turkish wing back Zeki Çelik are also likely to be popular this term, with the latter joining from French Ligue 1 side Lille in early July.

The likes of Jordan Veretout and Amadou Diawara can also be called upon with confidence to deputise for Matic and Pellegrini. Meanwhile Pole Nicola Zalewski will almost certainly be Spinazzola’s deputy and Dutchman Rick Karsdorp will also battle Çelik hard for that right wing-back berth.

The signing of Dybala means the Argentine will be cemented as one of the dual-10s in a 3-4-2-1 system, with Nicolò Zaniolo the most likely candidate to partner him. Zaniolo was said to be subject of transfer interest from Juve. However, reports suggest Zaniolo and Mourinho had positive discussions in pre-season and a new long-term contract could be in the offing. Powerful forward Stephan El Shaarawy and Carles Pérez are able reserves.

In the final third, former Chelsea starlet Tammy Abraham looks likely to remain the Giallorossi’s number nine. The 24-year-old is not even close to entering his prime, yet 17 goals in 37 appearances in 2021/22 suggests Italian football suits his attributes. Uzbek Eldor Shomurodov and Ghanaian Felix Afena-Gyan will offer genuine competition, with the latter agreeing a new long-term contract until the summer of 2026 earlier this month.

With strong competition all over the field, it’s easy to see why Mourinho is increasingly bullish about his side’s chances in 2022/23. Juve have seen some of their big-name stars depart Turin, while Inter have engineered the return of Belgian powerhouse Romelu Lukaku from Chelsea. In the eyes of many pundits and bookmakers, the Giallorossi are still fourth favourites for the Scudetto, behind Juve, Inter and AC, but the underdog tag could prove useful to minimise the pressure on Mourinho’s men.