Totti talks his nickname, his role, and more 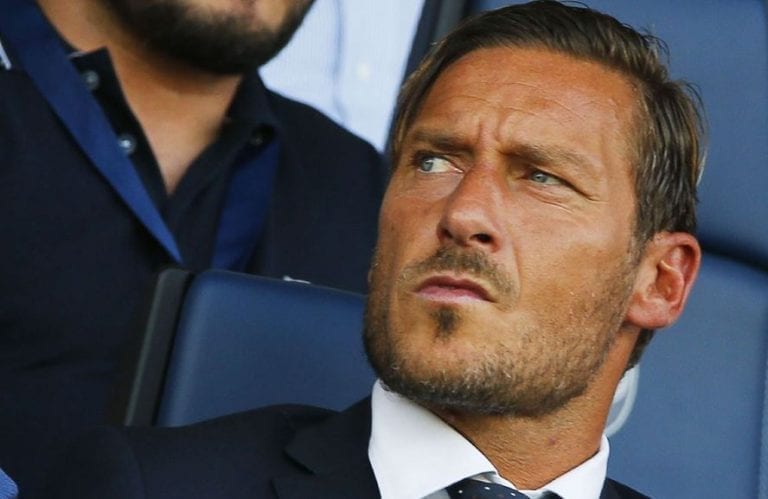 Roma’s Francesco Totti gave a lengthy interview to La Repubblica. These are his words:

What do you do now when you wake up? Are you bored yet?
Not yet. The days are almost like those of when I was a footballer, I wake up, take the children to school, then I go to Trigoria, I’m with the coach, the team, I follow all the training. After lunch, I go back and I spend some time with the guys.

Why did not you close your career playing in Asia or America?
Because I would have ruined 25 years of my career. I always said that I would wear only one shirt.

Milan wanted you when you were only 12 years old.
In that case, the ‘no’ was from my family, especially my mother. She’s old-fashioned: apprehensive, possessive. My dad worked late, so it was always her who was behind me. She wanted me all for herself.

This is where the nickname “Er Pupone” comes from, but you have always detested that.
Well…yes. It was invented by a journalist of Il Messaggero, Mimmo Ferretti, in an affectionate sense. But it has become synonymous with someone who’s forever a boy or immature.

The incident with Balotelli?
He’d been provocative for years. He insulted me and the Roma fans. It was building up and then it exploded. It was a horrible foul, just to hurt him. But then, strangely, the Inter players didn’t confront me. As I left the pitch, Maicon even gave me five. The feeling was that even among his teammates, Balotelli created some irritation.

There were rumors you barred Roma from buying champions because you didn’t want to be overshadowed.
Bar talk. If the samples did not arrive, it was because of budget limitations, not by my choice. I’ve always wanted to win.

With Capello there were ups and downs: you always call him a “tuttologo” (know-it-all).
When you talk to Capello, you are always wrong. He knows a lot, but the last word must always be his. If a pigeon passes and he says it’s a seagull, he’ll show you that it’s a seagull. He is stubborn, a perfectionist. A maniac.

Is it true that as a child you would paste the figurines of Lazio players differently?
Upside down. Unique throughout the album.

Among the big proponents of your retirement, Luciano Spalletti.
He’s the one who pushed me the most into retirement.

Your job is to be a mediator between Mr. Di Francesco and the locker room.
Yes, the players are beasts, they are bastards, but they respect me. I was like them, I know them well, I know their secret language from their looks to their words. I try to make myself useful. In the locker room, we now speak almost exclusively English. If you do not know it, you won’t understand shit.