Villar discusses ambitions: “I want to become a great player with Roma.” 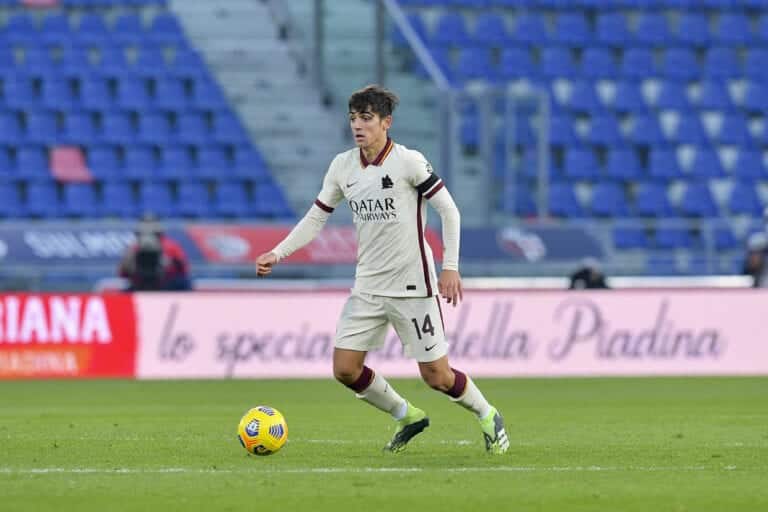 Roma midfielder Gonzalo Villar gave a wide ranging interview in today’s edition of Il Tempo, where he discussed his first year in Rome and his aspirations with the club.

The Spaniard has been one of the revelations this season in Serie A and has transformed into one of the most integral pieces of Paulo Fonseca’s midfield.

“Personally, I’m going through a good period,” he began. “I partly expected this because it’s what I wanted from the very first day I got here, which was to become an important player at Roma, even though I knew that it wouldn’t be easy.”

“It’s incredible that I’ve been able to become one, but it’s also a very good stretch for the team, too, but we have to take things one game at a time. We have to think about getting a good result against Braga then we’ll focus on the league.”

When asked about some of Roma’s hiccups this season, including their struggles against the big teams in Serie A, Villar conceded that it’s a mental hurdle that they will have to overcome.

“We discuss it amongst ourselves as to why we struggle against the big sides. Each game is different, though – in one game it could be the result of an individual error while in the other it could be that we didn’t take advantage of our goalscoring chances. Perhaps our desire to beat one of the big sides creates a mental issue and something in our minds snap.”

“I think it’s small details that we lack sometimes, for example, Juve scored on their very first shot on goal. Then there’s the Coppa Italia, perhaps we still had the Derby in our heads. If we play that match ten times, we would win nine of them. We had so many chances to wrap up the game and win 3-2, but then we went to extra time and we had two guys sent off. That match was tough, but it’s in the past.”

The 22 year-old then discussed the dynamic between the Spanish-contingency in the Giallorossi’s squad, which also includes Borja Mayoral, Pedro, Pau Lopez, and Carles Pérez.

“We’re like a small family,” he joked. “A family that speaks the same language, along with Pastore and Fazio. Borja and Carles and I are very tightknit because we’re younger, but all of us are close.”

Villar also elaborated on his role on the pitch under manager Paulo Fonseca.

He has primarily been utilised as a deep-lying playmaker and often leads his side in number of touches within a given match – though, he did admit that his position on the pitch means that goalscoring chances are scarce.

“It’s true that I don’t get many opportunities to get a goal due to where I play given that I’m not inside the opponent’s penalty area often,” he explained.

“When I pick my head up, sometimes I’ll see Veretout charging into the penalty area so my mind has to be focused on marking someone and preventing a counterattack. If I have a lapse in concentration, we could concede a goal.”

“Sometimes I’ll joke with Jordan (Veretout) before a game and say, ‘Hey, let’s switch roles every so often’ and he always replies ‘Sure, yes, yes’ but he never does it,” he laughed.

When asked about his future and contractual situation, the midfielder made it clear that he envisions himself remaining in the Italian capital, where he feels good.

“Where do I see myself in five years? Perhaps as one of Roma’s most important players, but in a very strong Roma that fights for the Scudetto every year and competes in the Champions League.”

“As for my contract, I’m calm, I’m happy here and when you do things well, everything else falls into place,” he admitted. “I’ve got a good relationship with Tiago Pinto and with the people who work with me.”