Will AS Roma Succeed This Season? 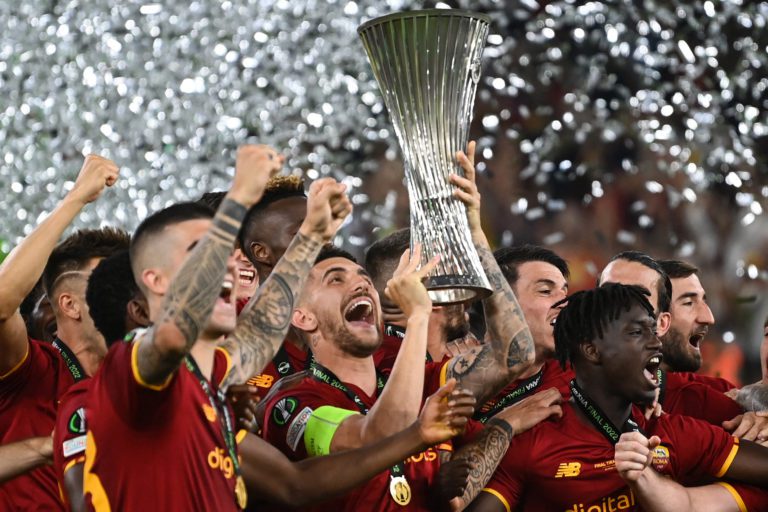 Back in May, Roma were crowned the winners of the inaugural UEFA Conference League, defeating Feyenoord 1-0. In addition, Roma became the first Italian club to win a UEFA competition in over 12 years, the previous being Inter in 2010.

After capturing their first European title, the Giallorossi went on to make a number of intriguing signings during the summer transfer market with the most exciting being Paulo Dybala.

The Argentine received a hero’s welcome from the club’s fans in late July. Over 8,000 were in attendance for his unveiling at the Palazzo della Civilta.

Besides Dybala, Roma added Nemanaja Matic, Mady Camara, Andrea Belotti, Zeki Celik and Gini Wijnaldum to the squad. In bringing in some experienced names, it will only help Roma move up to the next level. Even ex-manager Claudio Ranieri praised Roma’s transfer business, citing the quality of the players, for low transfer fees.

But after winning a trophy in year one in addition to their exciting transfer moves, what are the Giallorossi’s objectives for this season?

Roma’s short term goal must be Champions League football, and with Mourinho at the helm, it’s more than possible. In addition, with the quality that Roma already has, in Smalling, Zaniolo, and Abraham just to name a few, a top four finish in the 2022/2023 season is not unrealistic.

This season, though, they’ll participate in the Europa League, not the Conference League, meaning higher caliber opponents await.

Given Jose Mourinho’s European success, he’ll likely push to take his team as far as possible into the competition, especially if a top four finish appears unlikely.

This avenue could certainly be one where Roma could be playing Champions League football next season. Nonetheless, Serie A remains the priority, building on last season’s sixth place finish.

A club on the rise

Even prior to their Conference League title, Roma were a club rising in popularity thanks to the arrival of new, committed ownership plus the unexpected addition of Jose Mourinho in May 2021.

The capital club has gained fans all around the world from Vietnam to New Zealand. This season, especially with the influx of experienced players, Roma are expected to go one better, which will build its international brand.

Roma has picked up a lot of fans down under and in New Zealand mainly to the wonderkid Cristian Volpato, who certainly has a bright future ahead. And with a mix of veterans and top class young players, Roma is in a shout with an outside chance of winning the league, as the odds suggest Serie A is wide open this year.

For Kiwi Roma fans, players can take advantage of excellent odds on whether Roma will win the league or get the top four. To help, there are top betting sites in NZ which accept NZD for deposits and provide expert reviews. What’s more, is that New Zealanders can even claim a juicy welcome bonus to place a bet on Roma, whether in cup competitions or the league.

With an elite manager and a squad packed with talent, there has not been this much optimism around AS Roma for years. In addition, the demise of Juventus has made Serie A uber competitive with 6 -7 top sides all fighting for a Champions League spot.

The current champions AC Milan surprised everyone last season winning their first Serie A title since 2011. Moreover, Inter is also strong, being only 2 points off the top. Nevertheless, with the new signings and Mourinho’s tactics, Roma has started the season strong.

Undoubtedly it will be a long season and competing in Serie A, the UEFA Europa League, and the Coppa Italia will pose a challenge. However, with the new players, Roma has the strength in depth to compete on all three fronts—though, they’ve already been forced to deal with injury issues with key pieces Gini Wijnaldum and Nicolo Zaniolo out injured.

Furthermore, the Giallorossi should have no issue in front of the goal. Tammy Abraham became a Serie A success story, netting 18 goals in 40 appearances. It seems he’s settled in well in Rome and has displayed the quality to potentially write history with the club. His excellent movement as well as his eye for goal will make him a key player this season. Also, if he’s able to link up with Dybala and Belotti, Roma fans will be in for a treat.

Defensively, Roma is sound too. Veteran Chris Smalling returned to the form displayed in his first season in Italy back in 2019/20, leading the defensive line flanked by Gianluca Mancini and Roger Ibanez.

There’s a lot to be optimistic about at AS Roma this season, especially after adding something to the trophy cabinet. There’s a top bunch of players, and the “special one” guiding them. It should all result in success. 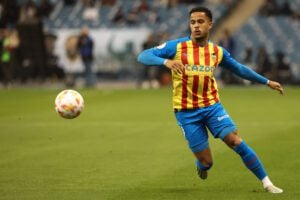 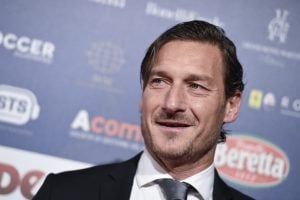 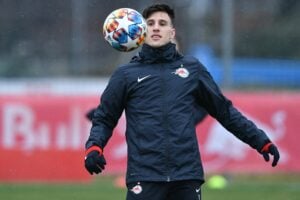