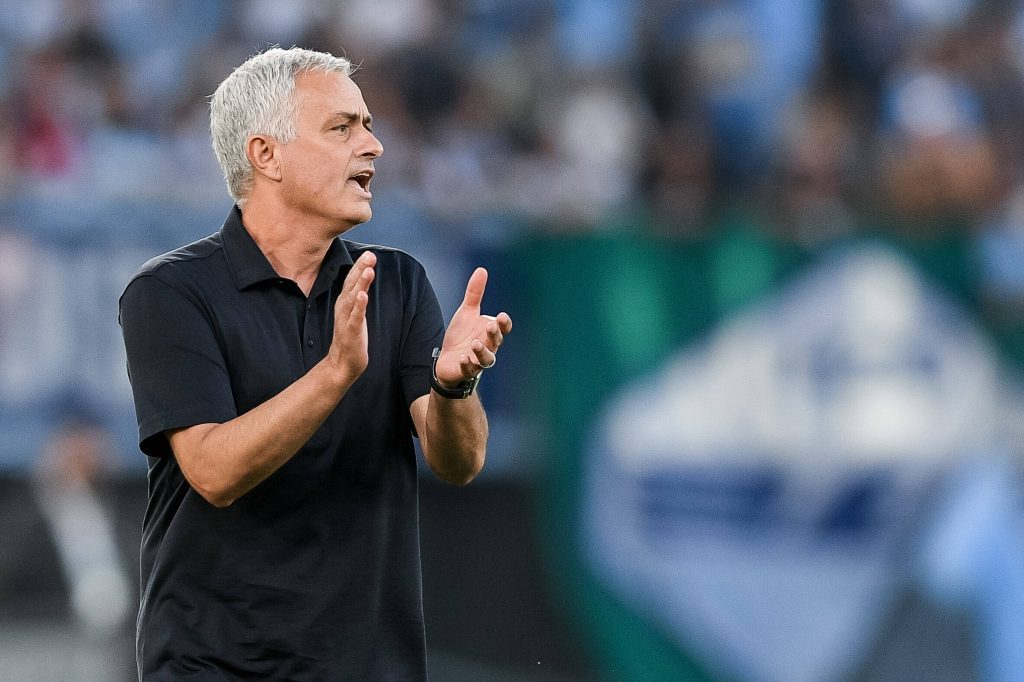 The usual chaos surrounding Roma officially commenced yesterday after the team’s 6-1 disaster in the Conference League.

There’s plenty of chatter and suggestions as to what needs to be changed, but one thing that could benefit the team is a tactical switch.

The Giallorossi have suffered from inconsistent performances from their midfield and defence this season, leaving more questions than answers entering the January market.

But is Mourinho’s 4-2-3-1 still the way forward for this season?

Anytime a new formation is suggested, there has to be the reason for it. So why would a 4-3-3 benefit Roma?

Mourinho has already played a couple of games and won with the 4-2-3-1 which is true, but both on and off the pitch there are clear reasons as to why a 4-3-3 can suit Roma better.

As the Roma executives scramble to find another defensive midfielder to fit Mourinho’s 4-2-3-1, the futures of Villar, Diawara and Darboe have yet to be finalized. Therein lies the primary argument for why Mourinho should seriously consider a. 4-3-3 even if not as a primary tactics, at least for a secondary tactic to get the best out of his full roster.

It is not just the 3 out of favor midfielders who could benefit from a 4-3-3, even Veretout and Cristante, the current starters would be better suited there.

Veretout started off the Serie A season with 2 goals and a passing error that led to a goal, very symbolic to how his previous season went. Despite being a reliable goalscoring threat with his dynamic runs, he continues to have passing mistakes and lapses in concentration that lead to goal scoring opportunities for the opponents.

In a 4-3-3, Veretout would be a mezz’ala that could venture forth more freely without worrying about the massive hole in the middle he would leave between himself and the midfield. Having a deeper midfielder to play off of and being in closer proximity to the flank players would also mean less chance of passing errors.

Cristante’s versatility would also be better utilized here. In Atalanta Cristante was used in a move for offensive role. Utilizing him as a mezzala would also help unleash his goal scoring threat that is only infrequently allowed to be present in Roma due to his defensive duties.

Speaking of defensive duties, let’s not forgot that Cristante was a surprisingly reliable defender last season playing in the middle of a back 3. His passing ability and calmness on the ball was vital throughout last season and begs the question if he can also be utilized as a regista in a 4-3-3.

As for the outcasts: Darboe, Diawara, Villar and Bove, the 4-3-3 would be a much easier way of giving them playing time and developing them without too much pressure.

We all know that Diawara is best as a regista with 2 players around him. Villar on the other hand is not physically strong enough to boss the midfield in a 2 man pairing, but what he and Darboe have shown clearly merits them at least an opportunity to further showcase their talents. A midfield trio with Diawara in the middle with 2 of Bove, Villar and Darboe is much more reliable than a midfield pair with just 2 of those 4 players and will hopefully allow these players to develop and perform.

Darboe has been gaining a bit more trust from Mourinho but let’s be frank, we’ll probably never see more than 1 of these 4 players on the field at once in a non-conference league match. I’m sure a lot of people are thinking “What about Pellegrini?” Well, at the level Pellegrini is playing you can slide him into any position and he’d perform but he has experience in a 4-3-3 as both a winger and a mezzala thanks to Mancini’s Italy but as previously mentioned, a 4-3-3 with this roster would most likely be suited to games where you want to rest some of your more important players in which case we hope Pellegrini can get some rest. The rest of the advanced players like El Shaarawy, Shomuradov, Carlez Perez are all well suited for a 4-3-3 as well.

At best, the 4-3-3 will provide more stability in the midfield against stronger opponents with Veretout and Pellegrini roaming around Cristante and at the very least, the 4-3-3 should provide a more comfortable rotation option for when we need to rest our starting players and want to make sure the back up midfield players don’t get overwhelmed and can better develop for this team or be sold at a higher value.

Ex-Roma player Vincent Candela: “I don’t know whether Roma will ever have a fullback as skilled as I was.”
| 22 May, 2022
Roma CRO Ryan Norys: "The club's ownership group is really ambitious."
| 21 May, 2022
Mourinho before Conference League final: “We must focus on our opponent and forget Roma’s history.”
| 21 May, 2022