Strootman speaks ahead of Juve clash 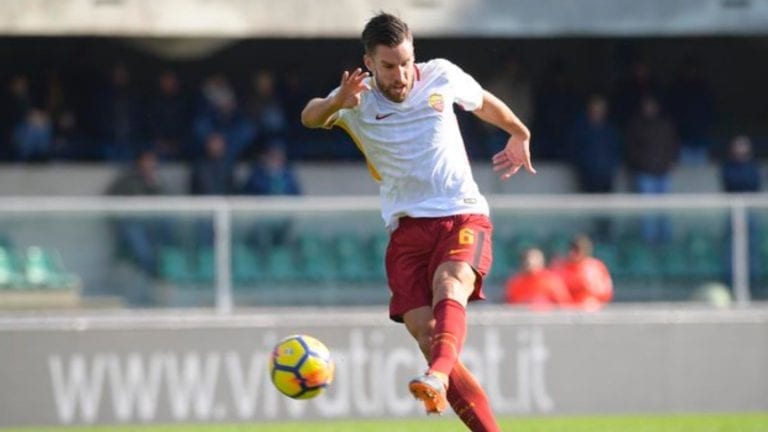 Roma midfielder Kevin Strootman appeared in the latest edition of AS Roma Match Program. These are his words:

On the day of the group draw, would you have expected to reach the semi-finals?
We are used to always being drawn in a group with the strongest opponents! We did well in the first match against Atletico, we got into trouble but Alisson made at least 31 saves. He had the match of his  life! We drew with Chelsea, but we deserved to win, and then we had another special evening at home against the English side. If I think back to these matches, I think about our last objective: to earn at least one point so we can play again next year in matches like that and face very strong teams.

What is left of this experience?
It’s hard to say if we’ll get this far again next year, we need a little luck, but we want to do better, and that means getting to the final. For now, this is not our objective, we have to take things match by match, we need to earn a point. So let’s qualify for the Champions League next season and then we will see.

Theoretically a point would be enough, but Roma-Juventus has always been a different match from the others, it’s special.
Yes, we want to win, just like they want to fight. We have to be smart, if at the 90th minute we are tied, we will not send Alisson forward to score!

It will be the last match of the season at the Olimpico, the last match in front of your fans.
We have to give everything, I hope there is a full stadium like there was against Liverpool, you can’t go wrong when the stadium is like that.

Roma, for the first time in its history, will end the league with more points away than at home. Is there a reason?
I do not know if it’s a coincidence or if there’s a reason, perhaps we played many matches at home after the Champions League. But it is difficult to understand what the reason is. We have to work on it for next year, with a full stadium, you are certainly more motivated. Our supporters have supported us a lot also on the road. We can no longer drop points against sides who are within reach.