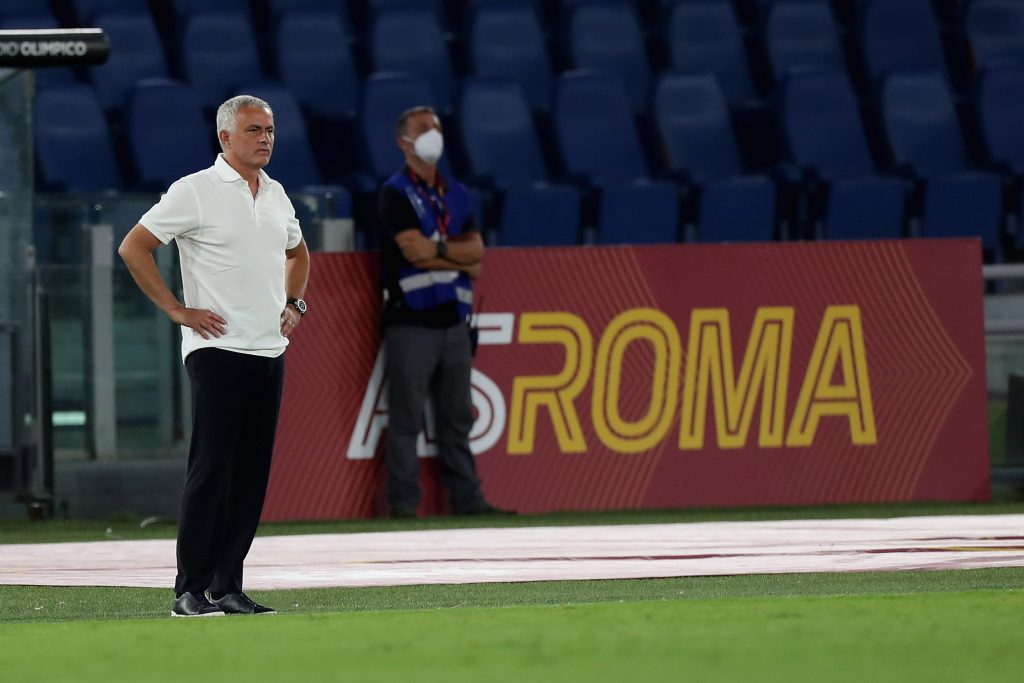 Every team that has ever hired Jose Mourinho as their head coach probably goes through a sensitivity and intensity crash course before welcoming in “The Special One”. Why? Because as soon as Mou takes over, a whole new world opens up, one where becoming a favorite in all betting picks lists for match days week in and week out is a given for example. So of course, positive results are expected from the get-go.

As soon that it was announced that Jose Mourinho would be taking over the head coaching job at AS Roma, the whole Serie A was put on notice. If you take into account that the last time that Mou worked in Italy, his Inter Milan team became one of the most dominant, if not the most dominant team in all European football, the idea of him running AS Roma just felt like the best move that the Italian capital team could’ve made to boost their image and title contention plans. Now, with seven official league games under his belt, what have been some of the most important talking points to notice in Mou’s tenure? Here we break them down.

Roma’s Hot Start Is No Coincidence

If you compare last year’s results in this stage of the season in comparison to right now, you might not see that much difference between what Paulo Fonseca did in his time and what Jose Mourinho has been able to do in the same time this season, but unlike last season, this team is already giving off vibes that potentially taking one of the Champions League spots at the end of the season is not a farfetched idea by any means. With Mourinho, there is no room for negotiating anything below the first four places in the Serie A standings. What is very true about this team, is that this season’s version of Roma seems to be hitting all the right marks when it comes to functionality purposes from different players on the field.

This team is showing that under Mou’s system everyone ready to put in work and truly push themselves to show their max potential will always be awarded some decent playing time. In attack, for example, Abraham came in as a true blessing in disguise, especially given the fact that he’s the player responsible for taking over what Edin Dzeko did for the team before unexpectedly leaving for Inter.

The only part where Mourinho and his team need to focus on improving as soon as possible is in defence. And with a difficult stretch of upcoming matches, including showdowns against Juventus, Napoli, and Milan, the capital club must work quickly to develop more solidity at the back.

Some of the major talking points that this Roma team has going for itself is how it’s become a perfect team for players looking for surging once again have fared thus far. A perfect example of this is Lorenzo Pellegrini. If you look at his performances in prior seasons in comparison to what he’s been able to do in just seven league games under Mou’s rule, the difference is like night and day. Pellegrini’s performances make it look like Mourinho knew exactly what buttons to push to have his player go from being good to being a potential superstar not only for Roma but for the Italian National team as well moving forward.

Edin Dzeko’s departure also made Pellegrini the undisputed heir to the captain’s armband, the same one worn by legends Francesco Totti and Daniele De Rossi. In addition, Mourinho’s tactical adjustment in allowing Pellegrini more freedom venturing forward, while playing alongside striker Tammy Abraham, is paying off greatly for Roma.

What’s needed moving forward? Easy, for Pellegrini to continue growing into his status as one of the potential new superstars of the club, but if there’s someone who knows a thing or two about taking players and turning them into team legends it’s Jose Mourinho. If groomed properly, Pellegrini could end up becoming Roma’s version of what Frank Lampard was to Chelsea.

Zaniolo and Spinazzola Will Shine Under Mou’s Tenure

There are two key players that could help Roma explode once they find their footing following their respective injuries. On one hand we have Nicolo Zaniolo, who returned to full health mid-summer after suffering a second tear to his anterior cruciate ligament. Before his injury, the young attacker was widely regarded as one of Italy’s jewels and he’s slowly working his way back to top form.

Zaniolo’s return to the pitch has been managed very well by the club so far, as he’s been given enough minutes to work his way back into form while slowly rediscovering the magic he displayed pre-injury. It’s an exciting prospect to consider how devastating Roma’s attack could be if the youngster could pick up where he left off before he went down.

And then we have Leonardo Spinazzola. The Italian international is getting closer to a return to the pitch after he suffered a horrific Achilles tear during Italy’s clash against Belgium in July.

It must be noted that Giallorossi did well to quickly replace the injured Italian by signing former Palmeiras left back Matias Viña, who has done well in his early days in the Italian capital. However, Spinazzola was arguably in the best form of his career before going down injured.

If the ex-Juventus man can get even somewhat close to the quality he displayed throughout last season, he would add a unique attacking dynamic down Roma’s left flank, giving Mourinho more tactical flexibility in finding scoring opportunities.