Ag. Dzeko: “He has always had this quality.” 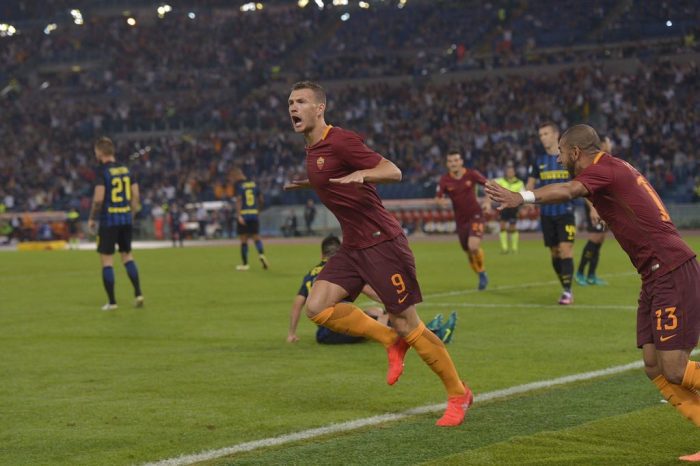 Silvano Martina, the agent who represents the interests of Edin Dzeko in Italy, spoke today to calciomercato.com regarding the Bosnian forward:

It looks like a different Dzeko.
Dzeko is a great player and always has been, perhaps it is that he has gained more security and experience which he gained from his first season in Serie A.

Sometimes people don’t consider the acclimation process.
That’s a big mistake. Also because the first season was not easy for him for different reasons. He’s got a new manager plus there were strikers who did very well, he had to acclimate to a new football, one that is a lot more tactical. Sometimes you just need a bit of time.

Dzeko has always been appreciated by great clubs.
It’s true. I remember when he was at Wolfsburg Galliani went to his house to talk to him. He wanted at all costs to bring him to AC Milan, but then things went differently because City presented an offer quickly and eventually the boy went to England. Juve have always liked him, even during the summer when Roma bought him. Dzeko is a player who has always been coveted by big clubs but he’s also a great guy.

De Rossi demonstrated this with his celebration (De Rossi yelled: “Pieces of shit” while flashing Dzeko’s shirt to the crowd).
It is impossible not to love him. He is a professional, an exemplary guy who behaves well with everyone. De Rossi wanted to defend him because there had been too much criticism after the loss to Toro.

Now the fans have changed their minds.
I must say that at the stadium, the fans have always treated him with respect. On social media, that is different that is not on the field, but the stadium has always encouraged him. One thing must be clear: the potential of Dzeko is known by everyone, it is true he has missed a few goals, but his style of play and ability leaves an impression. In the end, the unaware people think: “Wow, he’s really not that bad”.

Was there ever a thought that coming to Italy was a mistake by Dzeko?
Yes, there was a moment of difficulty, but then he reacted great. He basically knew he would improve and exceed expectations this season, he even told me this.