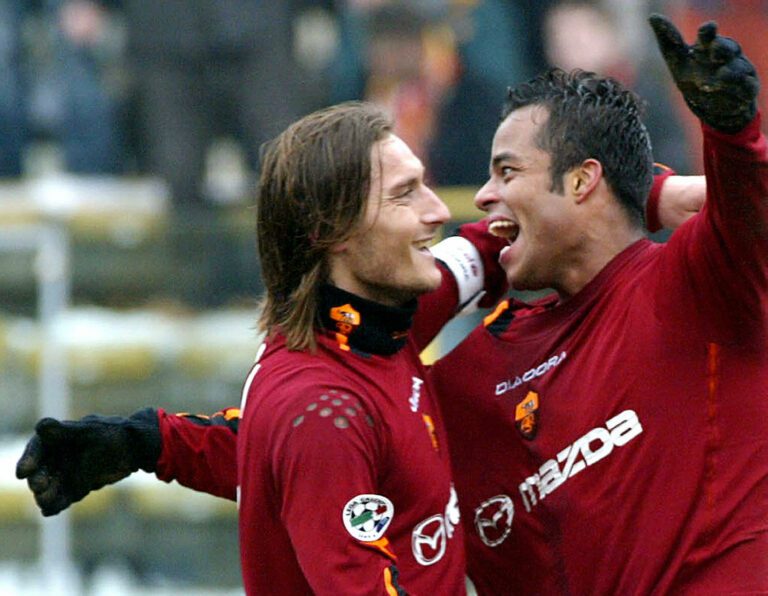 Former Roma attacker Amantino Mancini – who collected 222 club appearances across five seasons and 59 goals – spoke about his years in the Italian capital and his goal in the Derby of 2003, where he scored a memorable backheel.

“I will never forget it,” Mancini told Il Messaggero. “Cassano takes a free kick from the right, I lose the defender marking me, the ball goes through my legs and I decide to hit it with my right heel.”

“It was an insane decision from a technical standpoint. I wanted it and was able to do it. It was a historic moment.”

“We had so much talent in that team. Totti, Montella, Cassano… perhaps we lacked continuity, but we played brilliant football, we scored with such ease… we could have won a lot, it’s a real shame.”

“Roma is impossible to shake off,” he added. “It stays with you forever.”

Mancini also discussed his years working with Mourinho at Inter after his switch from the capital club in 2008. “Mou is the best of all when it comes to communicating with his players. He gets in, he knows what he wants and how to get it out of you.”

“I remember a match against Panathinaikos in Greece, in the Champions League. At the end of the first half we were up 1-0 thanks to a goal I’d scored. He approaches me at halftime and says “Yes, the goal is fine but you’re not doing anything, you’re sleeping, you have to wake up.” I was disappointed: I had scored, I had created at least a couple of other chances. I looked at him and he was very serious. I understood that he was not joking. But he gave me such a boost, that I felt like I could split the world wide open. I went back in and played a fabulous second half.”

“The Derby? I think we will win 2-1. I hope it will be a fun game. Roma are the spitting image of Mou. They can’t go wrong with him.”