Benatia: “I thought I would end my career at Roma”. 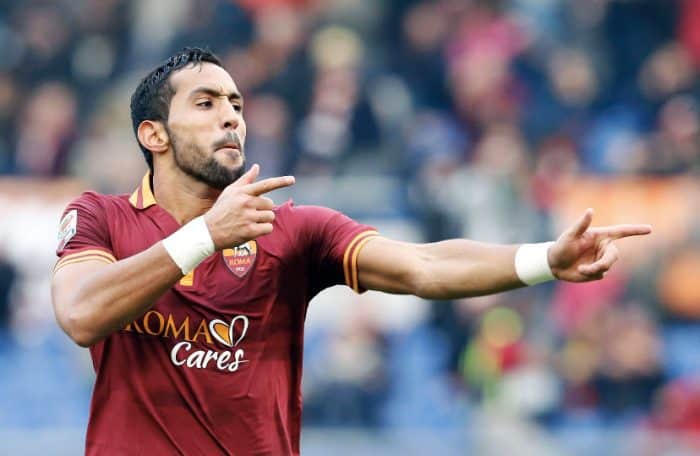 Former Roma and Udinese defender Medhi Benatia was interviewed in today’s edition of Il Tempo and discussed his time with the Giallorossi, whom he spent one season with before departing for Bayern Munich.

After so many years having passed, would you still leave the capital?
I spent only one season in Rome, but it will always remain in my heart because it was absolutely the best: my Roma was beautiful. After six months, I said to myself, “I‘m not leaving here”, but then they decided to sell me to Bayern. I really thought I’d end my career at Trigoria.

What do you think about future of the Giallorossi?
I wish for them to have a team that the supporters deserve. A team who fights every year to win the Scudetto and the Champions League because in Rome there is infinite passion. I’ve never met supporters like Romanisti. I hope that the directors manage to create a great Roma and that they stop selling everyone and learn to keep their best players just like Juve, Real Madrid, and Barcelona. Roma must battle it out with them — the fans deserve a team that makes them proud.

Do you have the recipe to make this happen?
When I was at Udinese we finished in a European place three times. The Pozzo’s brought-in me, Alexis Sanchez, Zapata, Handanovic…nobody knew who we were. Then they did well by making money when they sold us.

Juve started over with a serious project: they got Pogba for free, they brought Barzagli, whose contract was close to expiration, and Bonucci from Bari. Why can’t Roma do this? In seven years they’ve managed to sell Alisson, Salah, Nianggolan, Pjanic, Marquinhos, Osvaldo, Lamela, Benatia, Gervinho: that’s too much. If Roma kept them, they could win something. The problem is in management.