Bruno Peres: “Totti is an example to all of us.” 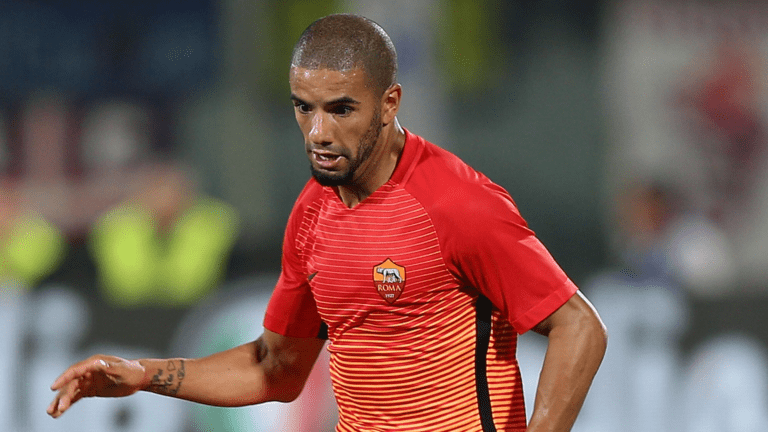 Goal.com: Bruno Peres says he has been motivated by Francesco Totti since he arrived at Roma, admitting that he hopes to surpass the captain’s achievements.

Totti, 40, joined Roma at an early age and has spent almost 24 years in the capital club’s first-team, winning the Serie A title in 2000-01 – having been a runner up eight times – while taking home consecutive Coppa Italia crowns and the Supercoppa Italiana on two occasions. As well as a glittering club career, Totti won the 2006 World Cup was runner up at Euro 2000 with Italy.

Peres, 26, joined Roma on loan from Torino at the start of the season and is likely to make it a permanent switch at the end of the season as Luciano Spalletti’s men have an obligation to buy him should he fulfill certain targets this term.

The defender, who is most often used as a right-back but can also play on the left side and midfield, has made 20 Serie A appearances for the Giallorossi, with only an adductor injury keeping him out of the remainder.

And the Brazilian says he is enjoying his time at Roma, pinpointing Totti as an inspiration today due to his work rate.

“He is an example to all of us, a player who has achieved practically every goal in his career,” he said.

“A player who, even at 40 years of age, trains and runs every day. I look at him and think: ‘I have to do the same or better’.

“Adapting to a big club is always difficult, even more so in Europe, but I managed to arrive well; I figured it would take a little longer to adjust. I quickly adapted to the playing style. Now I must keep working hard and making big games.”

The pressure on Roma is great, the former Santos man says, as they look to secure just a fourth league title and a first since 2001, and he knows the fans will not accept waiting much longer.

“The expectations of our supporters are to beat Lazio and Juventus and win Serie A. That’s it,” he laughed.

“The last time we won the championship happened almost 20 years ago. We have great trust. We have to beat Lazio, beat Juventus and do everything to win the title. We need to pinch some title this season, otherwise the situation can be complicated.”