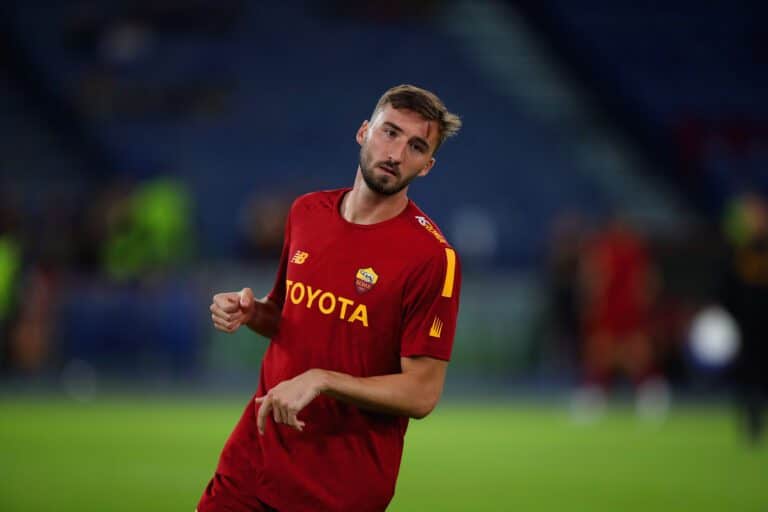 Roma midfielder Bryan Cristante spoke at length to La Gazzetta dello Sport about his relationship with Jose Mourinho, his individual and team ambitions as well as his past as one of the more exciting prospects at Atalanta.

“With Fonseca, Pinto and Mourinho I had the chance to practice my Portuguese. However, with Mou we usually speak in Italian because his Italian is much better than my Portuguese,” he told the Italian newspaper.

“My dream? To win the Champions League. It’s important to know how to move on the pitch and how to react in all kinds of situations is very important.”

“When we found out Mourinho was going to be our next manager we were on the team bus and nobody could quite believe it. Obviously we were all very happy,” he added.

Cristante also commented his switch from attacking box-to-box midfielder to a more central role at Roma after joining the capital club from Atalanta. The year leading up to his transfer, Cristante was among the highest scoring midfielders in Europe.

“I liked to play in a more attacking position, but it all depends on what is needed. When I first arrived perhaps it was a bit easier playing a bit more advanced. When you score, you feel great. But I feel good in my current position as well, I don’t have any regrets.”

On Roma’s objective: “The goal is to return to the Champions League. We are a strong team. We have a coach who knows how to win and that must be our goal. We have to take things calmly, continuing to grow along the way.”

“Then there is Dybala. He is strong, we already knew that. We were delighted with his arrival, he makes a world of difference and will give us a big hand.”

“I think we have built an excellent team, we have won a trophy, we have improved a lot.”