Can Roma still finish in the top four? 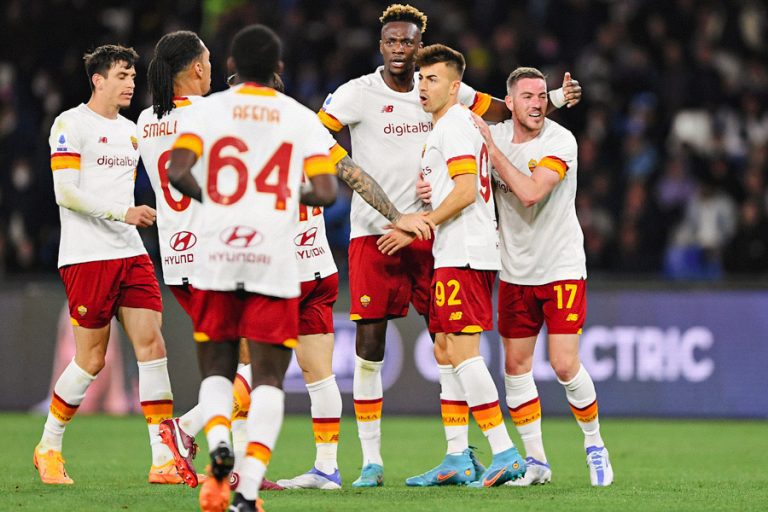 The selection of Jose Mourinho as Roma manager nearly a year ago generated quite a stir in Italy’s capital. The Portuguese coach, who led Inter Milan to a historic treble, wasted no time in launching a charm offensive in his new surroundings, waving a Roma flag out of his car in front of ecstatic fans upon his arrival, and providing the kind of spectacle that Roma fans usually appreciate.

On the field, he had a great start to his time at the club, winning six games in a row in all competitions and temporarily leading the Serie A standings. The odds on Roma competing for the Serie A title were cut at all of the leading bookmakers after such a promising beginning.

Unfortunately, things have not quite worked out as well as that early success suggested. The team was unable to establish any consistency. At the start of 2022, they were well off the pace and fighting to stay in the top six. However, 2022 has produced better results from the team.

Mourinho was hired in the hopes of propelling Roma back into the Champions League places after Paulo Fonseca’s seventh and fifth place finishes. With six games remaining, Roma is in fifth place in Serie A, five points behind Juventus in fourth and two points ahead of Lazio in sixth.

Roma, who were in eighth place in February, have climbed back into contention for a top-four slot owing to an incredible 11-game unbeaten streak that began in mid-January. They’ve won five of their previous six games, including the Derby Capitolino, where they thrashed Lazio 3-0.

This has fueled hopes that they can catch Mourinho’s old rivals Juventus, who have also been in good form. However, a defeat to Inter earlier this month appears to have killed their title prospects, so the attention has moved to fighting off Roma, Lazio, and Atalanta in order to secure a top four place.

Mourinho has consistently downplayed his team’s chances of catching Juventus. According to the veteran manager, Juventus is too powerful to drop enough points to enable Roma to catch them.

What has to happen

The fixture list for the Giallorossi does not make for easy reading if you’re Jose Mourinho. There are winnable games against Bologna, Venezia and Torino, and an evenly matched contest against Fiorentina. However, they will also be up against Napoli and Internazionale and may need to beat them both.

Can they rise to that challenge and overcome both their big-name rivals? Based on what we’ve seen so far this season, the evidence is mixed. Roma earned a solid draw against Napoli early in the season, at a time when the Neapolitans were flying, but they were also thrashed 3-0 by Inter in early December, a result that further illustrated the gap that Roma still had to close.

Still, there is no doubt that Roma is a more consistent team now. Their 11-game unbeaten run is much more typical of the type of football that Mourinho has consistently been able to produce wherever he has been. That gives them the chance of at least remaining in the chase throughout the rest of the season and in one-off games, anything can happen.

The other side of the equation might be harder to solve. As mentioned above, Mourinho believes that Juventus will simply not drop enough points to enable Roma to catch them.

Even if they win their encounter with the team in fourth, Roma will still need Juventus to drop at least three points and possibly more, since it would be a tall order to expect Mourinho’s team to win all their remaining games.

Juve do have potentially tricky games against Lazio, Sassuolo and Fiorentina coming up, but would be expected to win at least two of those. Bearing in mind that they’ve only lost once since the end of November, Mourinho’s assessment of Juventus looks pretty accurate.

Despite a shocking 6-1 loss to Bodo/Glimt during their group campaign, Roma topped Group C, ahead of the Norwegians. After beating Vitesse in the last 16, Roma then set up a quarter-final clash with the Norwegian team again. Despite losing the first leg 2-1, they will be confident of turning things around in the second leg in front of their own fans.

So, can Roma finish in the top four? It is possible, but it will require an unexpected collapse from Juventus and for Jose Mourinho’s side to maintain their current consistency and to beat both Napoli and Inter, both of which are unlikely. Still, even if Roma has to settle for a spot outside the top four, this will likely still count as a successful season and a platform for the club to climb higher next year.